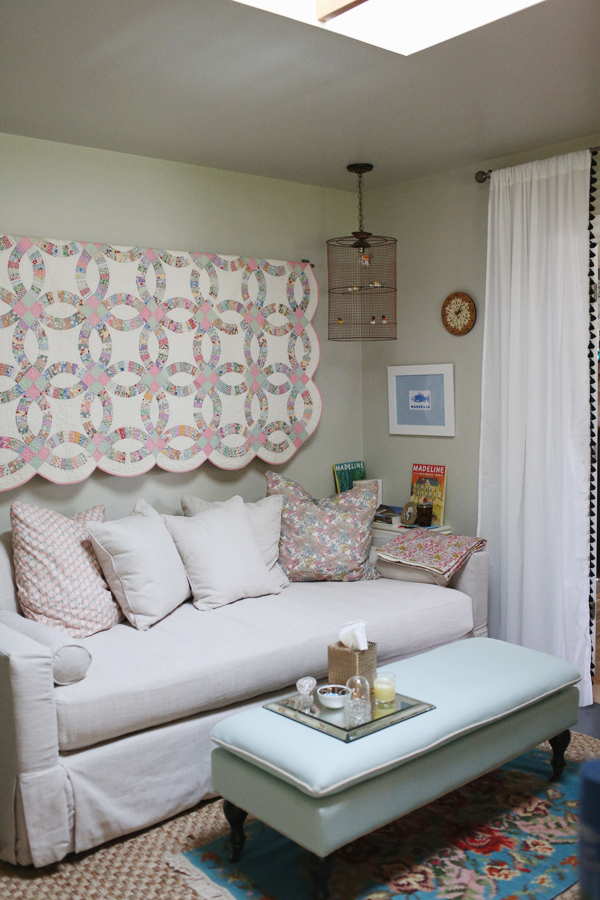 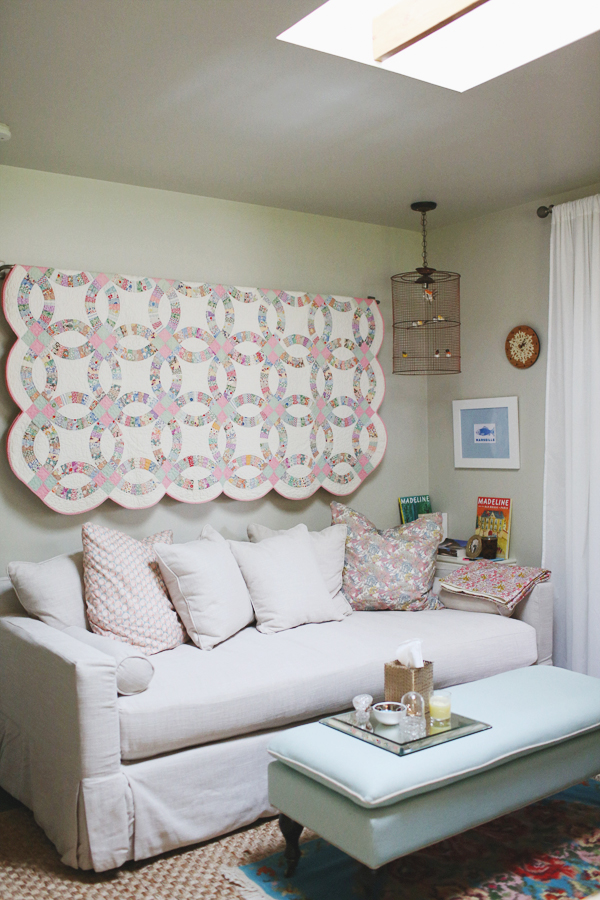 By the time I do my office reveal I’m hoping you won’t be totally over it. My home office makeover has been a long process with painting, donating furniture, rearranging, ordering furniture and one horrific DIY project I’m still complaining about (the polyurethane top coat is now drying and I have just lit a candle but am terrified the air will catch fire from the fumes). 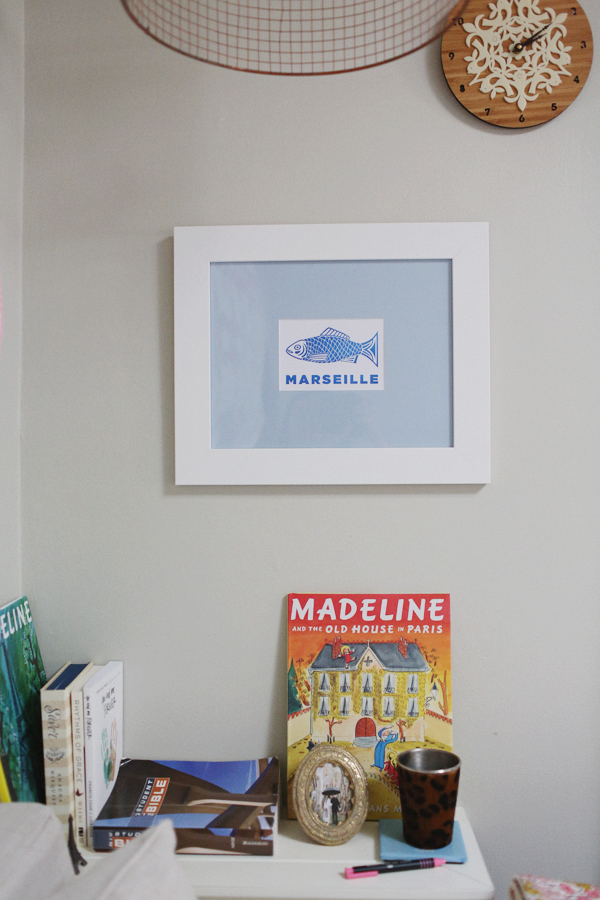 My 4×6 print from Marseille was found in a store in the streets by an ink printer. There were different colors and sizes and line drying in his shop. I think I paid 5 Euros for it, I’m so glad I did. Thanks to Matboard and More, they gave me $50 so I could experience how easy it was to place an order for anything custom. I am so thrilled with the way it looks hanging on my wall! 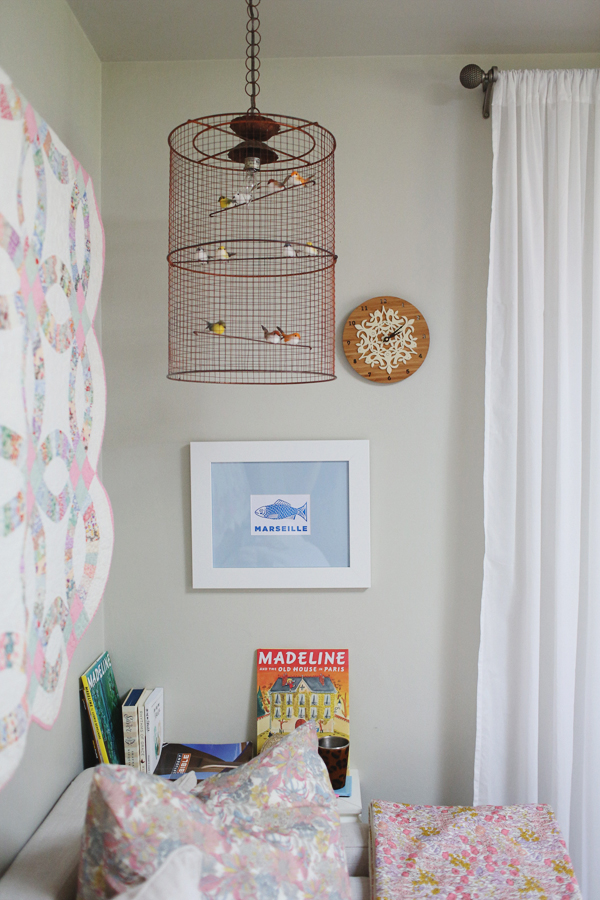 I sewed all the Liberty London euro shams in a few hours when I knew the couch was arriving later that day – oh what a sight to see that 165 lb couch come in and realizing that my front fence I had installed by the front door is now an obstacle for any oversized deliveries, so that’s why that was an open space…Oops. 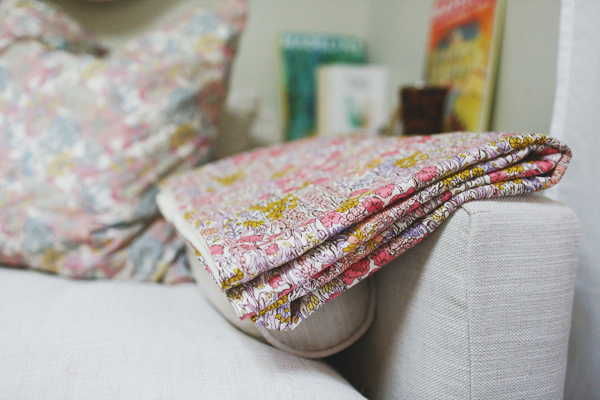 As for the book corner, my floating shelf is right where I want it and I will probably put some baskets under it for more storage. I’m still working on how to style that shelf without overloading it, so pardon the way it looks now, it’s just functional at the moment. 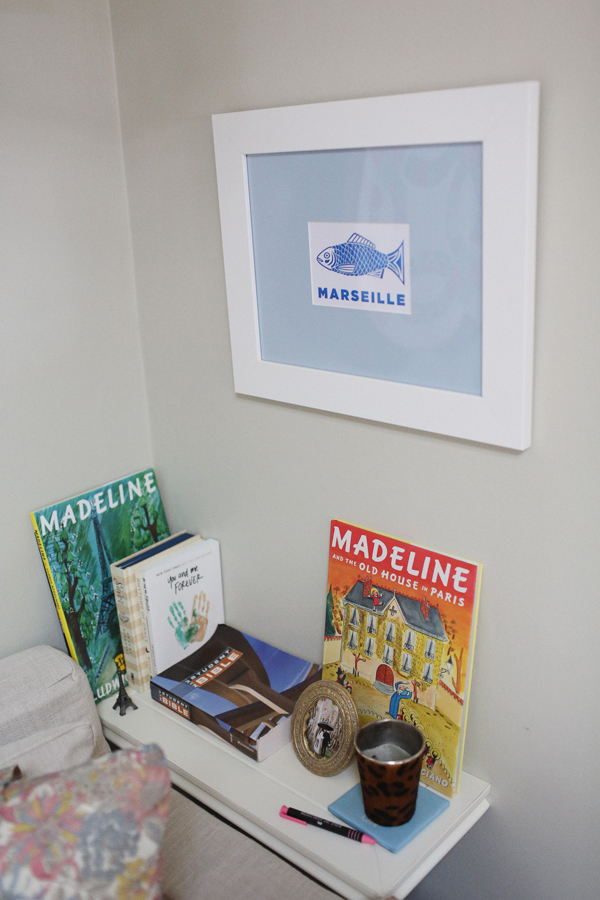 The tricky part is to stop buying more stuff.

I spotted this basket on those addicting flash shale sites and thought, That would just look darling on my new bookshelf with my pretty photo albums in it. 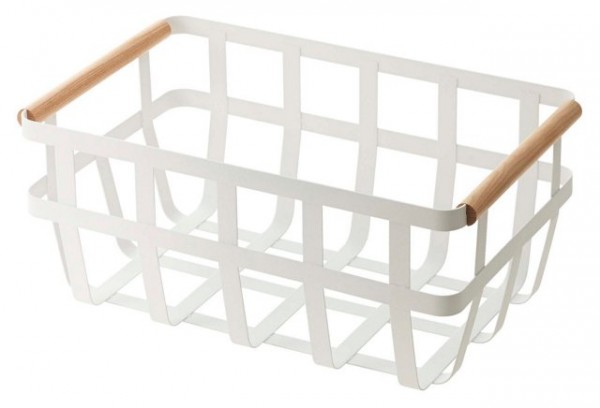 So I bought two. I’m such a sucker.

That’s one side of the office, hopefully next week I can show you the IKEA shelf I’ve been working on turned out. ‘The baskets mentioned earlier don’t come in until early September so we may need to wait just a few more weeks longer until the entire office is revealed.