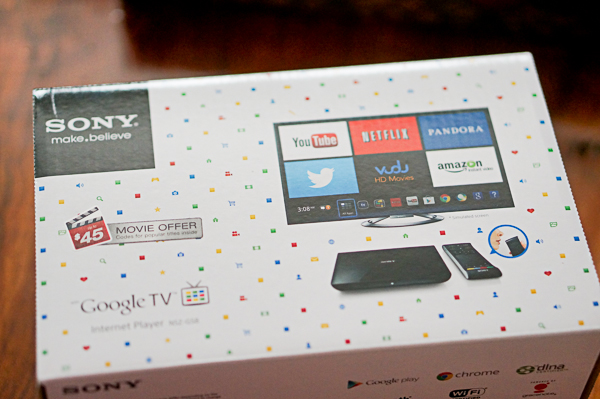 How many times have you been asked to get up off the comfortable couch so someone could show you something on the computer?

Now you don’t have to thanks to the Sony Internet Player with GoogleTV!  It’s on sale for $150.  Be warned, I’m about to get all techie on you.

The neat thing I found with GoogleTV is that you can search everything just like you would at a computer and also web browse on your big screen! 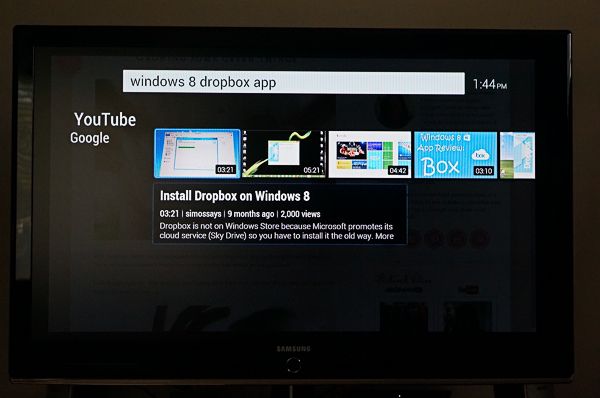 GoogleTV pretty much turns your big screen into a computer, which is great especially if you use Gmail, which let’s be honest, who doesn’t? 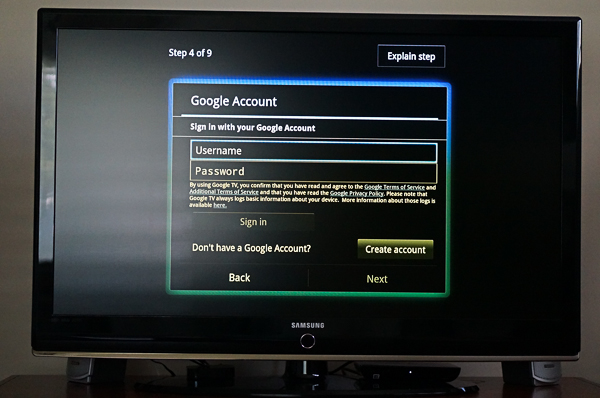 Google Chrome is on the menu bar along with other necessary Apps like Amazon Prime, NetFlix and YouTube for your entertainment!  You can also download additional Apps in the PlayStore. 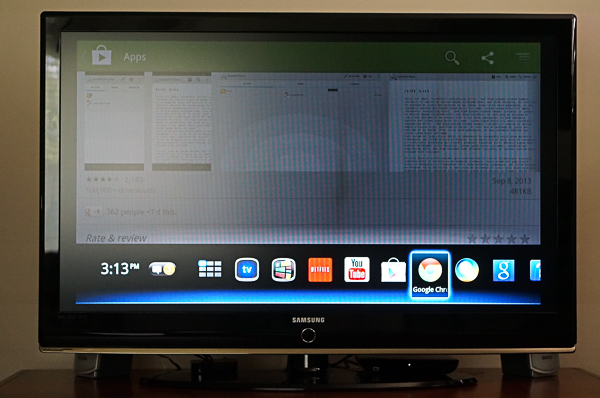 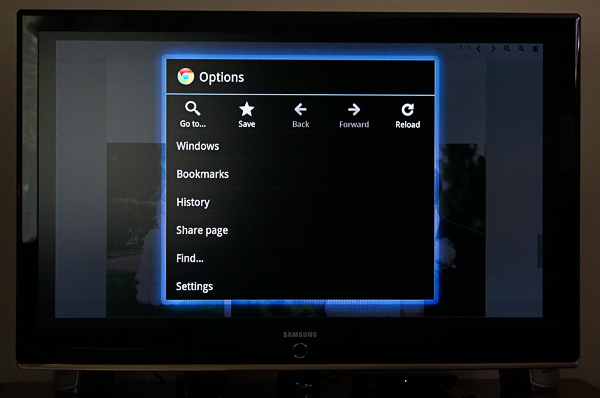 The nifty dual sided remote which knows which side you are using when you flip it over really comes in handy for web browsing and password entering.

It connects to your wi-fi and you can surf while doing a picture-in-picture and still watch TV if you so wanted. 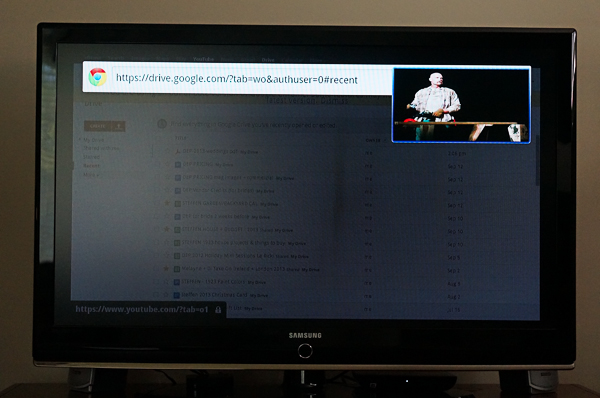 Download PDFs, whatever you need to show anyone – just make sure you download an App that can open your files. 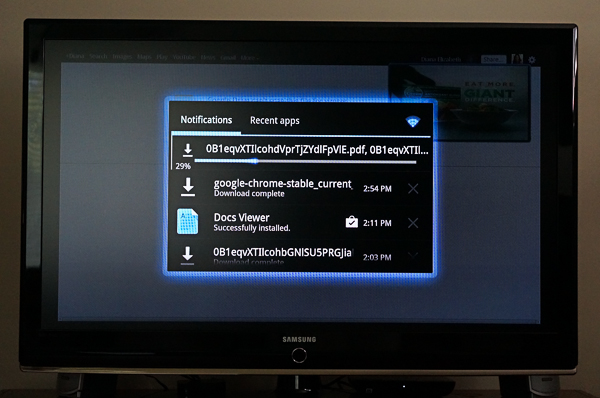 See? I never had to leave my couch. 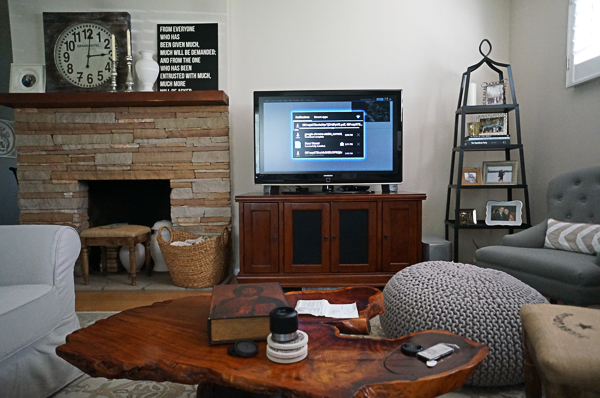 If you get it, don’t forget to pick up two HDMI cords since the cords never come with devices anymore, sorta like batteries for toys.  Don’t get mad Christmas day when you open toys and don’t have batteries.

Here’s the thing – you can’t mirror your Sony tablet to the computer (like you can with your iPad/iPhone through AppleTV) UNLESS you have a Sony Bravia TV.  This shouldn’t even be an issue if you never need to mirror or give a presentation of some sort through your iPad unless you’re a small business owner and have PDF slides like myself.  You can however use the “throw” function for certain apps from your phone but most of those apps are already available on GoogleTV.  The good news, Mr. Wonderful had a Sony Bravia flat screen before we were married which has been sitting in our storage so we are now going to put it up in our house!

Diana Elizabeth now has too many options on how to surf the web – tablet, iPhone, GoogleTV?  Thank goodness the fridge can’t move so she will force herself to get up and walk around!