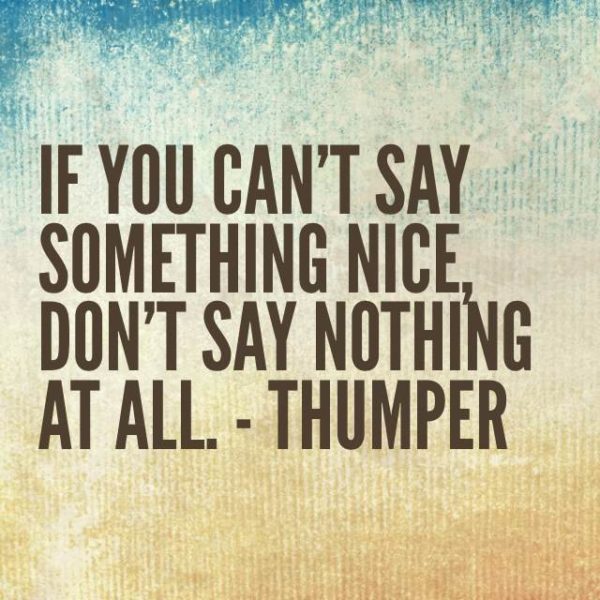 I know we’re all imperfect, and sometimes we say things we don’t really mean.  I suppose you can assume this is an extension of last week’s post of trying to be a woman of peace, using fewer words, and only saying things that uplift others.  I think I started to already fail!  Sometimes I get caught up in other conversations that I get lost, sucked in, and I really regret even conversing with that person.  Not necessarily is it that person’s fault, the blame really sits on me – I control my mouth.  Then comes in WAIT: Why Am I Talking?  And even if you consider it “truth” if it’s not nice, just don’t say it and don’t continue it with another similar sentence.  Listening is one thing, engaging in bad talk is just sinful.  I’ve been trying to work really hard at watching my temper which basically means controlling my heart which fuels my mouth.

Earlier this week as I was just checking on social media, to make a long story short, I came across a misunderstanding.  It was basically a conclusion that was formed with no background checking.

Surprisingly, my heart didn’t stir up anger or defensiveness.  I just thought, “Man, that sucks, maybe I should tell her so she knows that I really didn’t steal it.”  It wasn’t going to ruin my career, it just hurt my feelings a little bit but I got over it rather quickly.  I reached out to her and explained the situation in a kind manner and wished her well.  I wasn’t looking for an apology, but wonderfully enough, she kindly did respond and we’re all good now, and that was that.  What surprised me was my calm perspective of the situation.

And boy have I’ve had some really mean stuff said about me with links and everything in the past (Google analytics can tell you everything), and while it was so mean spirited and just angry, I chose to not even battle it.  I just removed all evidence of my interaction with that specific job.  I couldn’t control what was being said about me, but I could only control my reaction and actions, and it was hard.  But sometimes, you have to choose to be the bigger person because that’s who you want to be.  And sometimes it just seems to much easier to just unload on someone but in the end while it may have felt good, you can’t help but feel remorseful afterwards.  At my age, I’ve learned the higher road is a much better road to be on.

I’m working on carefully selecting my words.  I want to say things that are nice – not criticize or correct others for the sake of being “right” – I’m also very disinterested in being self righteous or people who are.  Self righteous people actually fighten me because I’m terrified of expressing my simple thoughts in fear they’ll just slam my opinions down (which makes one feel insecure of just being “you” in their presence).  I’m also trying to control my reactions and will assume everything is a misunderstanding before I become defensive.

I react in a better manner when I’m rooted in God’s word, faith, and surrounded in fellowship with this people.  I’m reminded to speak kindly, be slow to speak, quick to listen, and to do away with pride.  I have learned that my reaction is the most important one that can really be a testimony of my faith and what God is doing in my life.  Some days I fail, like miserably, but God gives me another day as a do-oever to try again.

Diana Elizabeth thinks that the less we worry about what the world thinks but just concentrate on the audience of One, that’s really all that matters.  It’s really what our entire purpose here on life is about.

There are 11 comments on From out of the heart, the mouth speaks.