I realized I never shared my quick 24-hour trip to Fort Collins! Benjamin had a case up there and he has a companion pass from flying so much for work so I headed up there with him because it was the day before we needed to get to Northern California to spend the day with my family. I was happy to go sinceI had never been to Fort Collins before – I’ve been to Durango and Silverton Colorado (I took the train) many years ago on a girl’s trip.

First, let’s take about where we stayed, The Elizabeth! Surprisingly affordable for how swanky it is – and also attached is a gorgeous restaurant and coffee shop – yes sharing photos of those pretty spaces for inspiration in this post!

This is the hotel lobby. 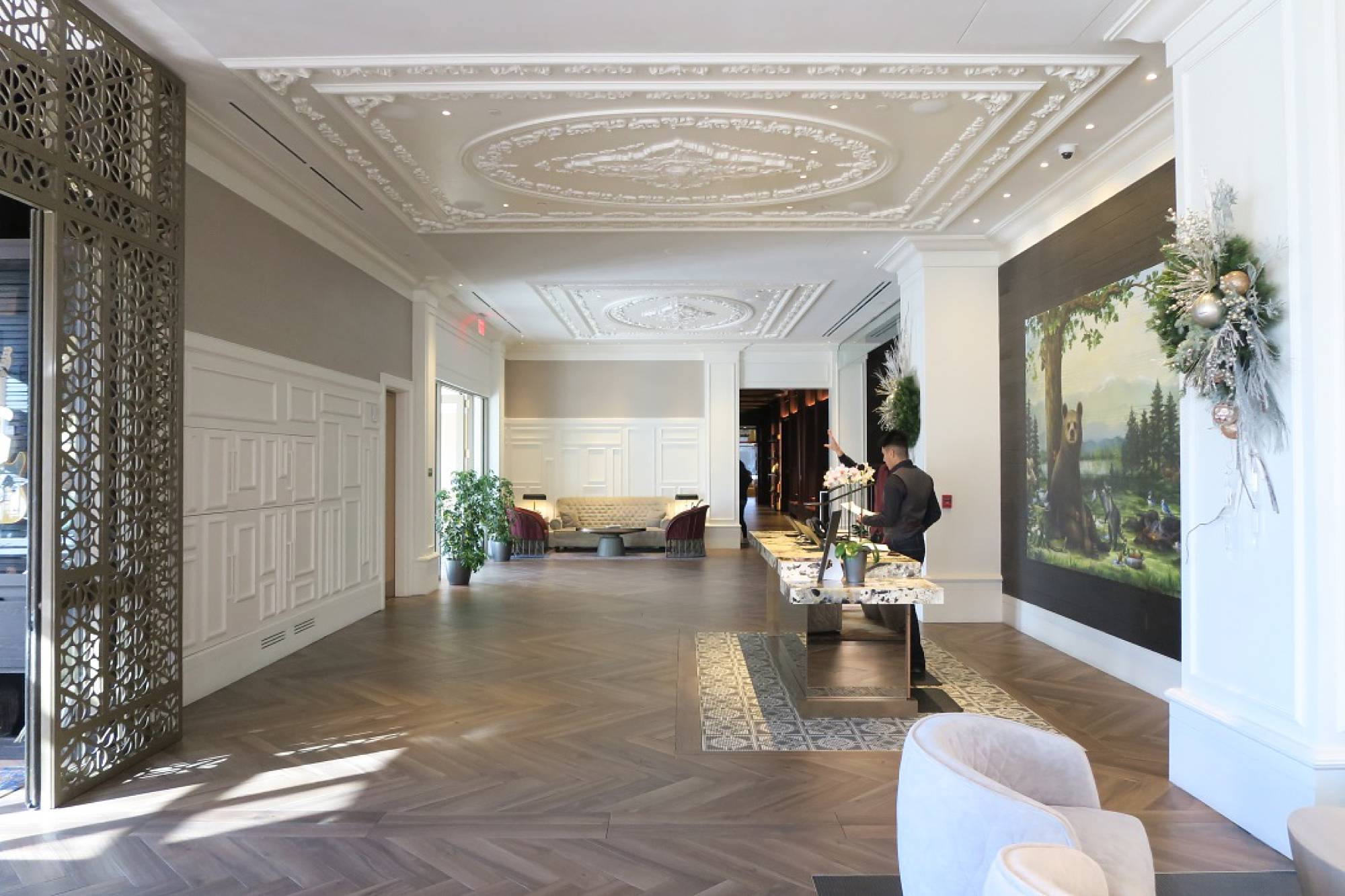 We arrived at night around dinner time, it looked magical. It was Christmas time and was decorated so beautifully with a large tree right when you walk in at the bottom of the staircase. I was particularly fond of the staircase lined with poinsettias.

There were carolers at the bottom of the staircase practicing their songs as they were about to walk around town and sing. Oh, I love Christmas and I miss it already. 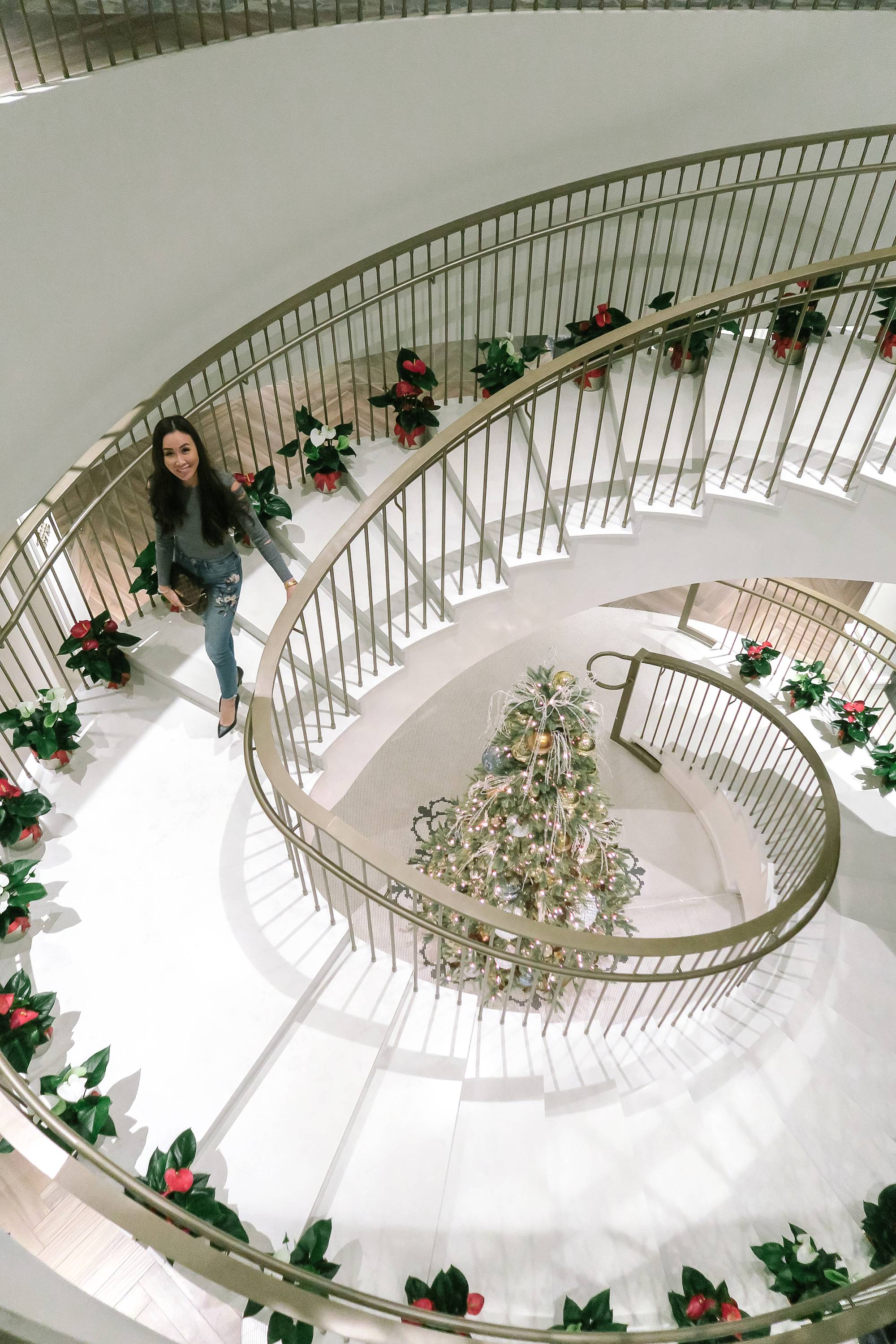 Here’s the other end of the lobby.

I set up to work at that desk the next day for a few minutes before Benjamin was done with his morning case. I like this work station and think maybe we’ll have something like that in our expansion where the Murphy bed is when it’s not in use by guests. 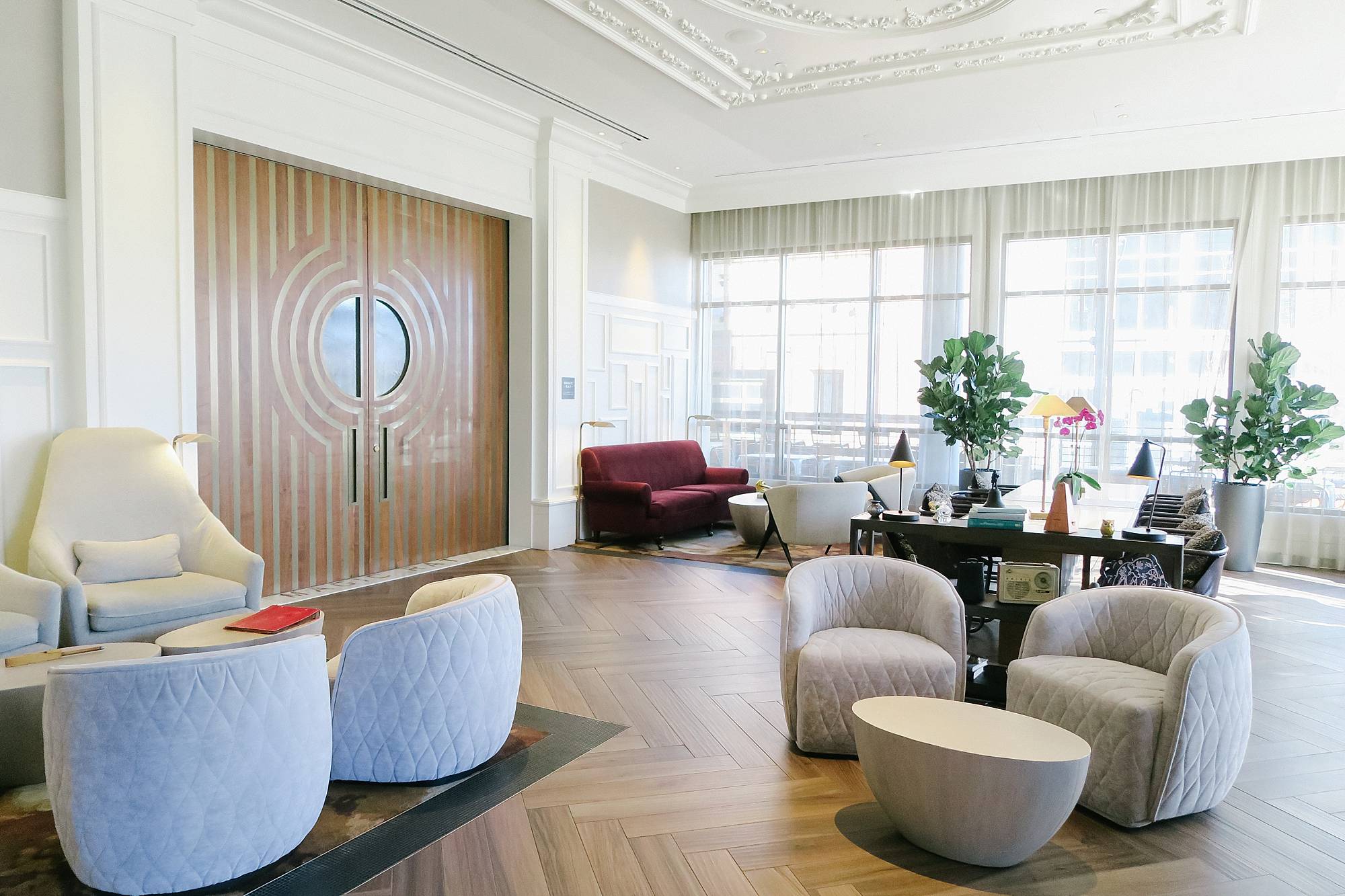 I had to take a photo outside by the hotel sign, the room itself was lovely but I wasn’t able to capture images since we got in late and all I wanted to do is get in pajamas and go to bed.

I’m commonly called Elizabeth, but not as much as I’m called Diane. I don’t mind Elizabeth since it’s my middle name, but Diane just makes me feel like someone really wasn’t listening, or they got lazy with saying my name they stopped short – haha.

It’s OK if you’ve ever called me that, I had mentioned it on my IG post when I shared this photo asking if anyone else is called a different name that bugs them and I read the funniest responses. I mean I’ve totally called people the wrong name and when they corrected me, I said the wrong name AGAIN! It’s like my brain just wasn’t connected and I wanted to just disappear on the spot!!! So I guess all that to say when you criticize others for accidentally doing what you do yourself, you need to calm down.

Yep, totally talking to myself. 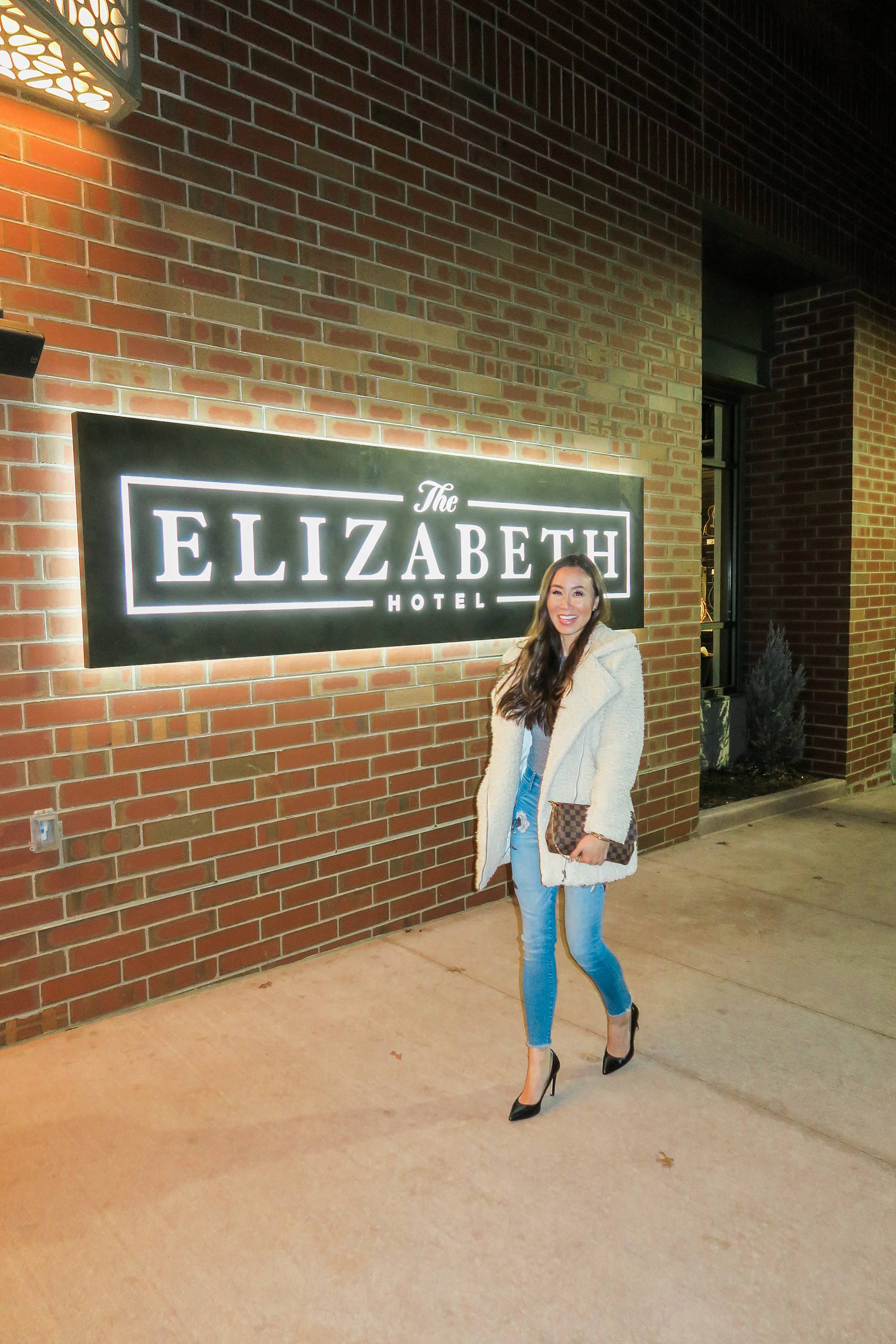 The next morning I was solo as Benjamin was at his case (he’s in medical device) and so I walked outside to shop around Fort Collins. I walked into this scene and felt like I was in a Hallmark movie.

I’m not a Hallmark movie watcher by the way – I am not into them but I will watch a movie like it on Netflix if I need something on in the background as I work that doesn’t require too much commitment or attention.

Look at this vision of Fort Collins – an ice skating rink? Insert two people bumping into each other while ice skating and holding hands with their nieces or nephews and making a love connection. Then they are married with a baby by next Christmas. Just wrote a new Hallmark movie you guys. 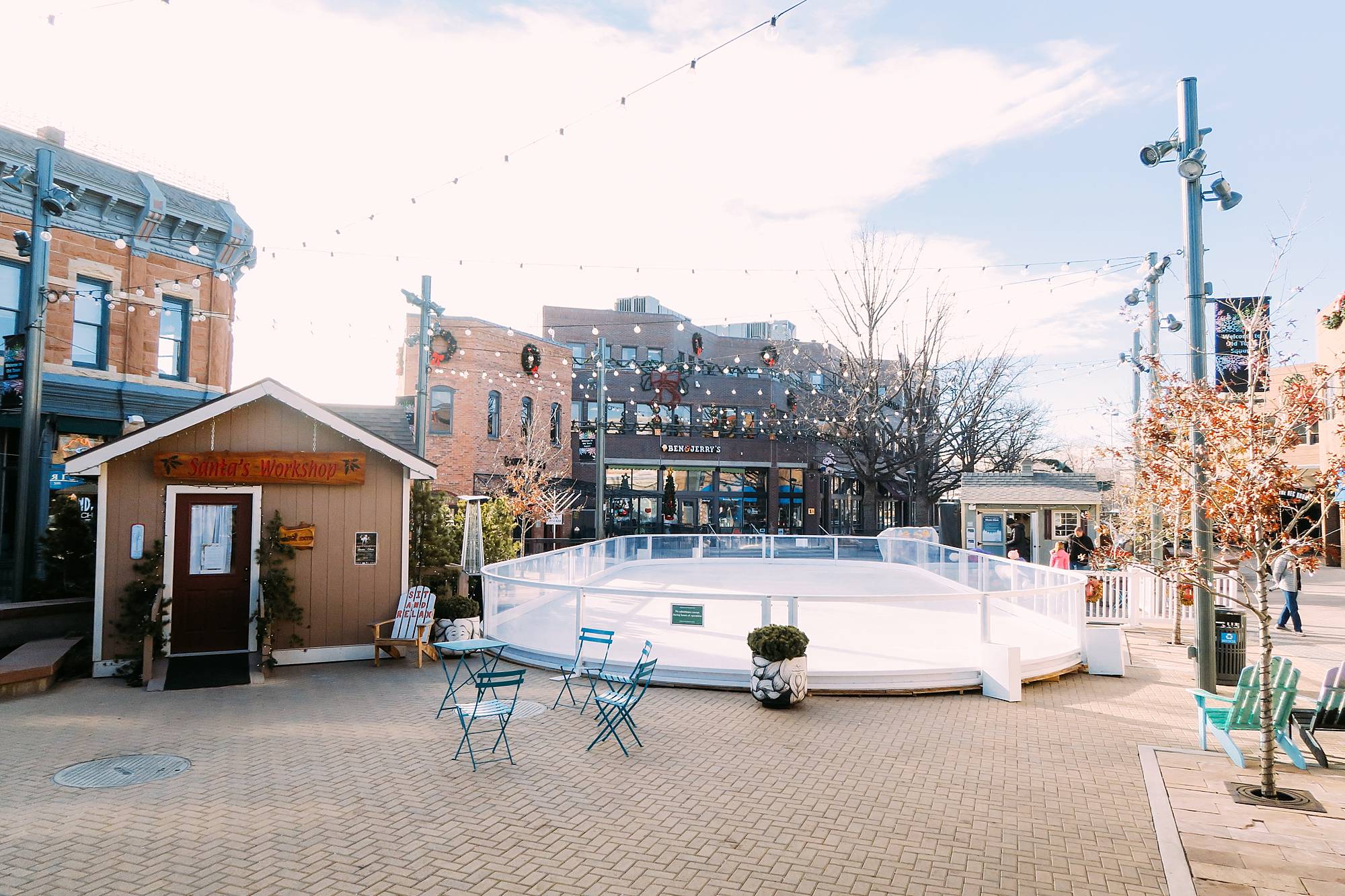 It was adorable, as I was told Fort Collins Inspired Disneyland’s Main Street in the US, at least five times. I acted like I had heard it for the first time every time they shared it because they were so excited to share it I didn’t want to hurt their feelings and say, “I know!” Sometimes seeing someone else so excited to share news is worth hearing it a half dozen times, especially when it’s a cute story!

After I went into nearly every shop and bought gifts for some friends, I figured I should do some work because sitting in a hotel room is boring and it was cold outside. And honestly I just ran out of stores to go to or else I would’ve kept happily shopping.

So I went back to the hotel, and this is the restaurant that’s attached. We had eaten here for dinner the night before and I decided I could definitely come back and find a cozy booth and work! I was so in the zone with no distractions, or at least pretty ones (and maybe a few hangry kids around) but it was great! I was there for a few hours. 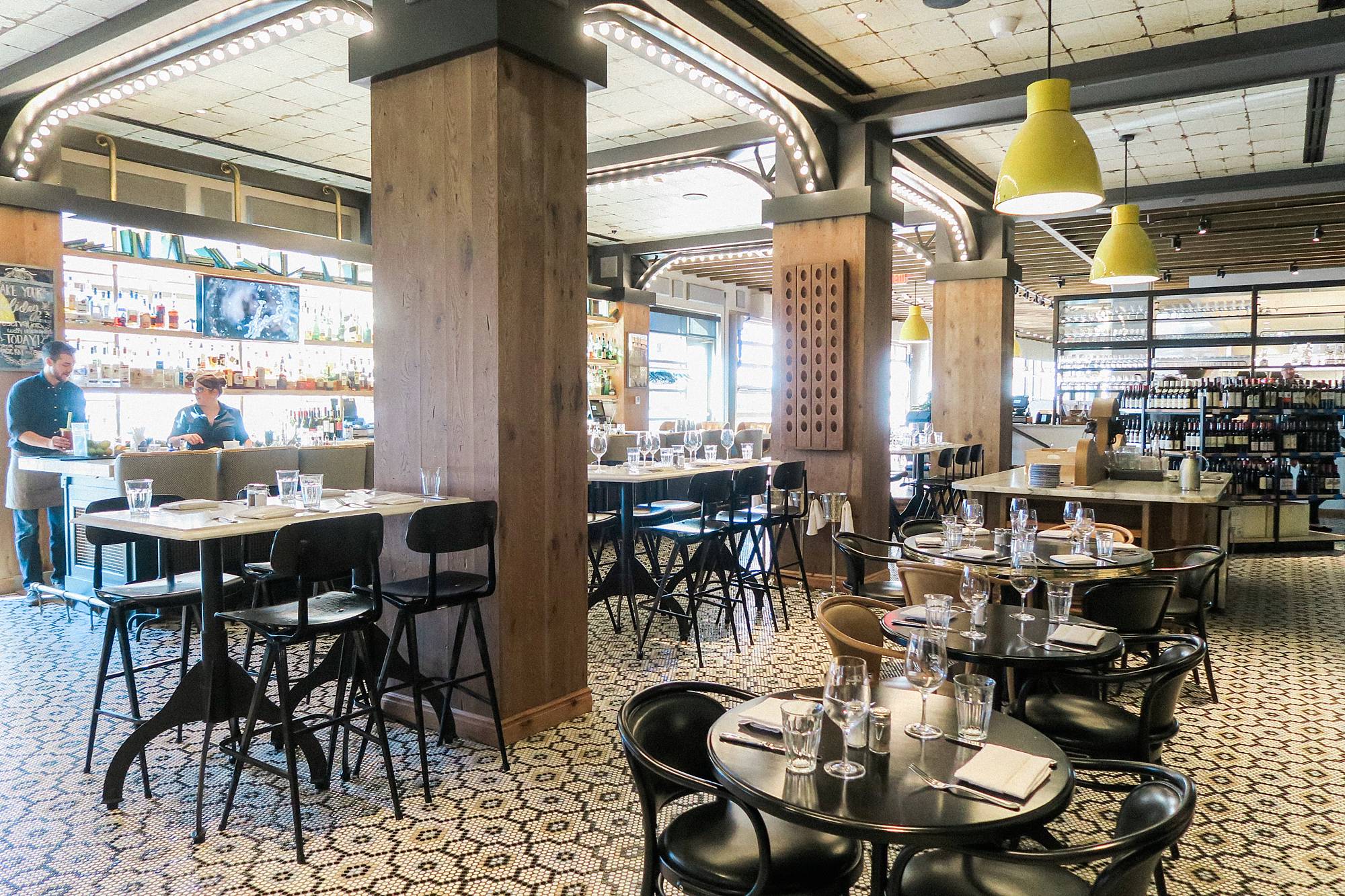 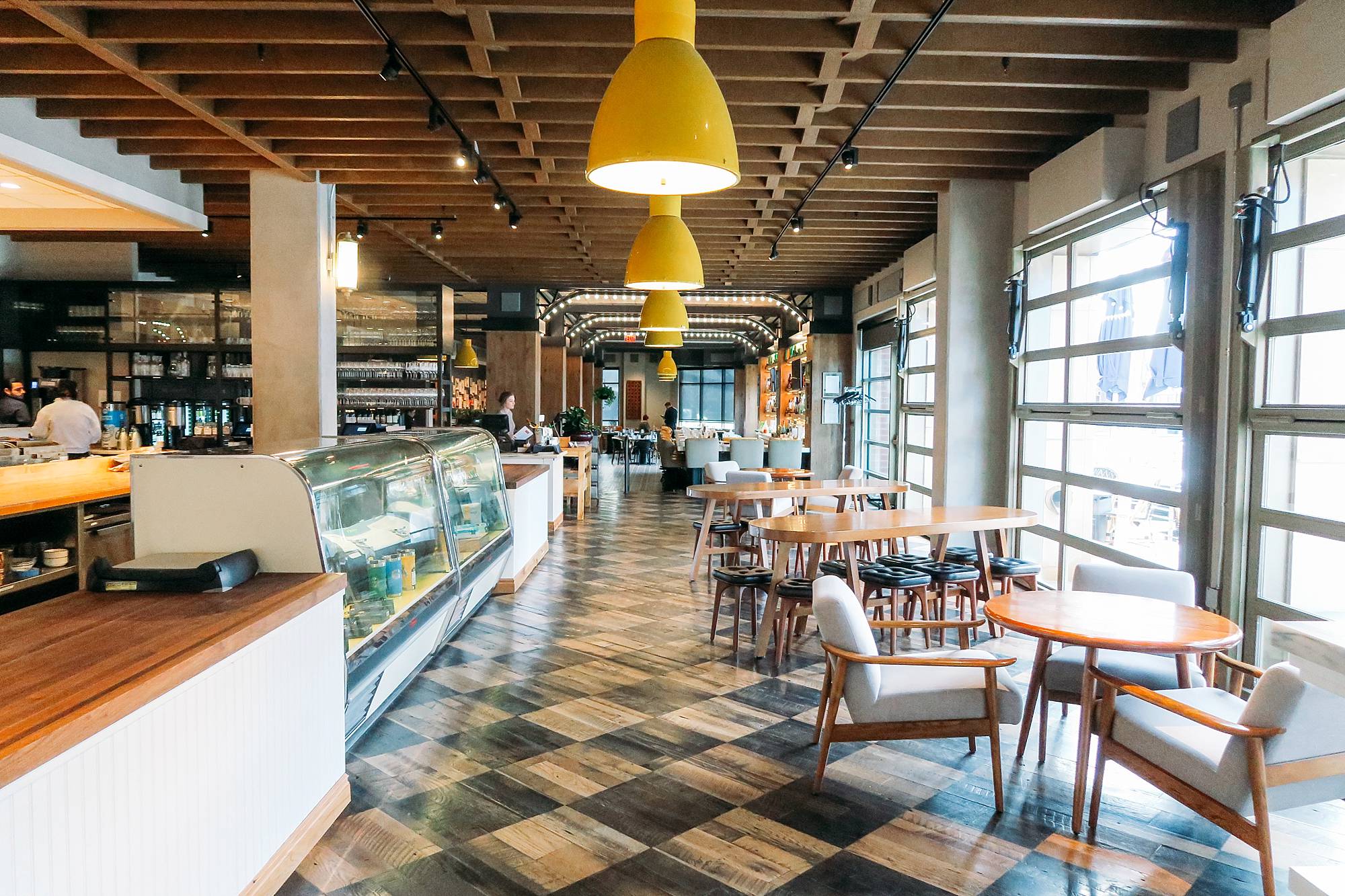 After lunch I decided I needed to treat myself to a second peppermint mocha at this little coffee shop, Bowerbird Coffee also part of the restaurant.

I grabbed my second caffeinated drink for the afternoon and headed to the bright hotel hobby to work at the community table. 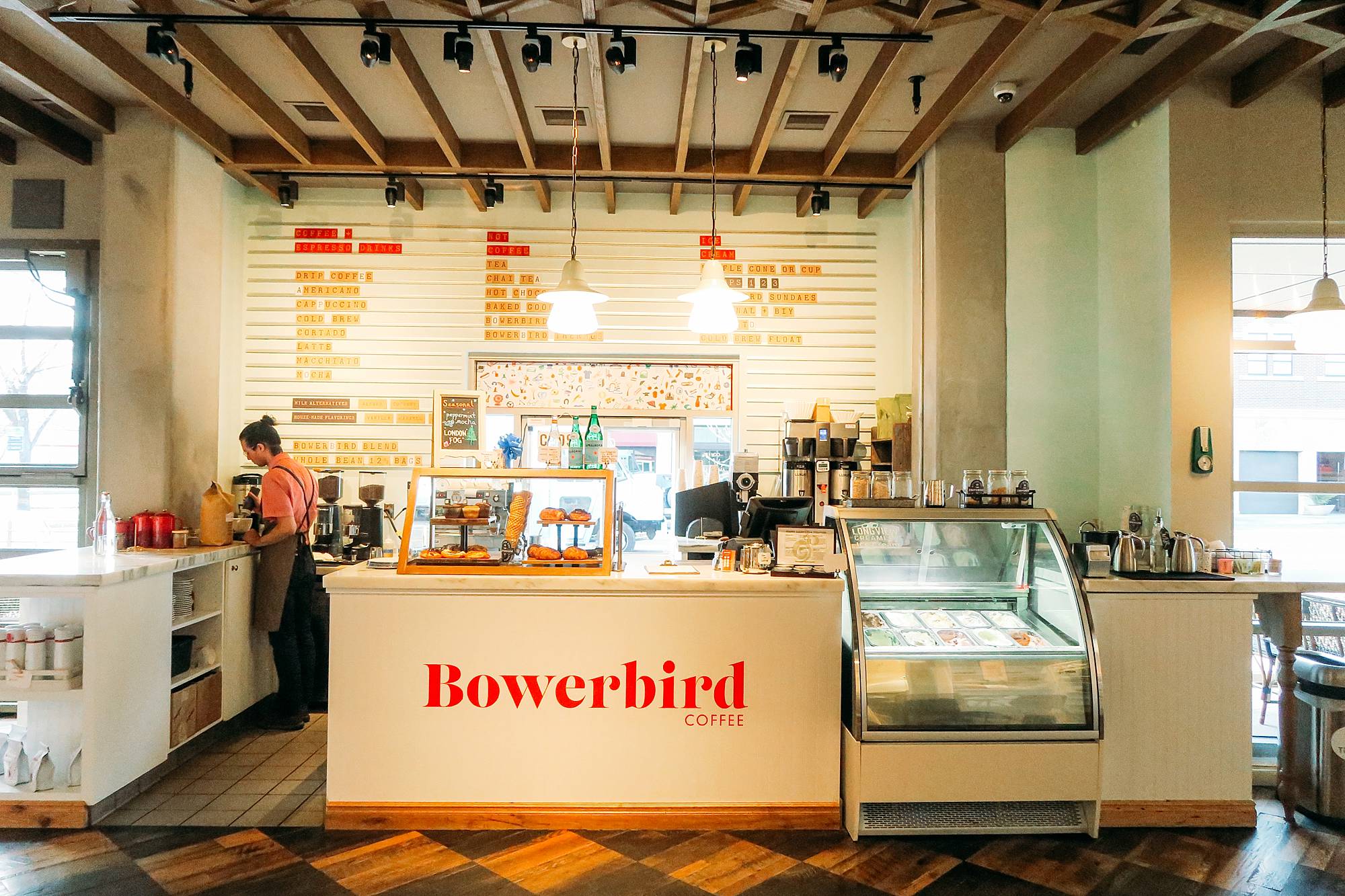 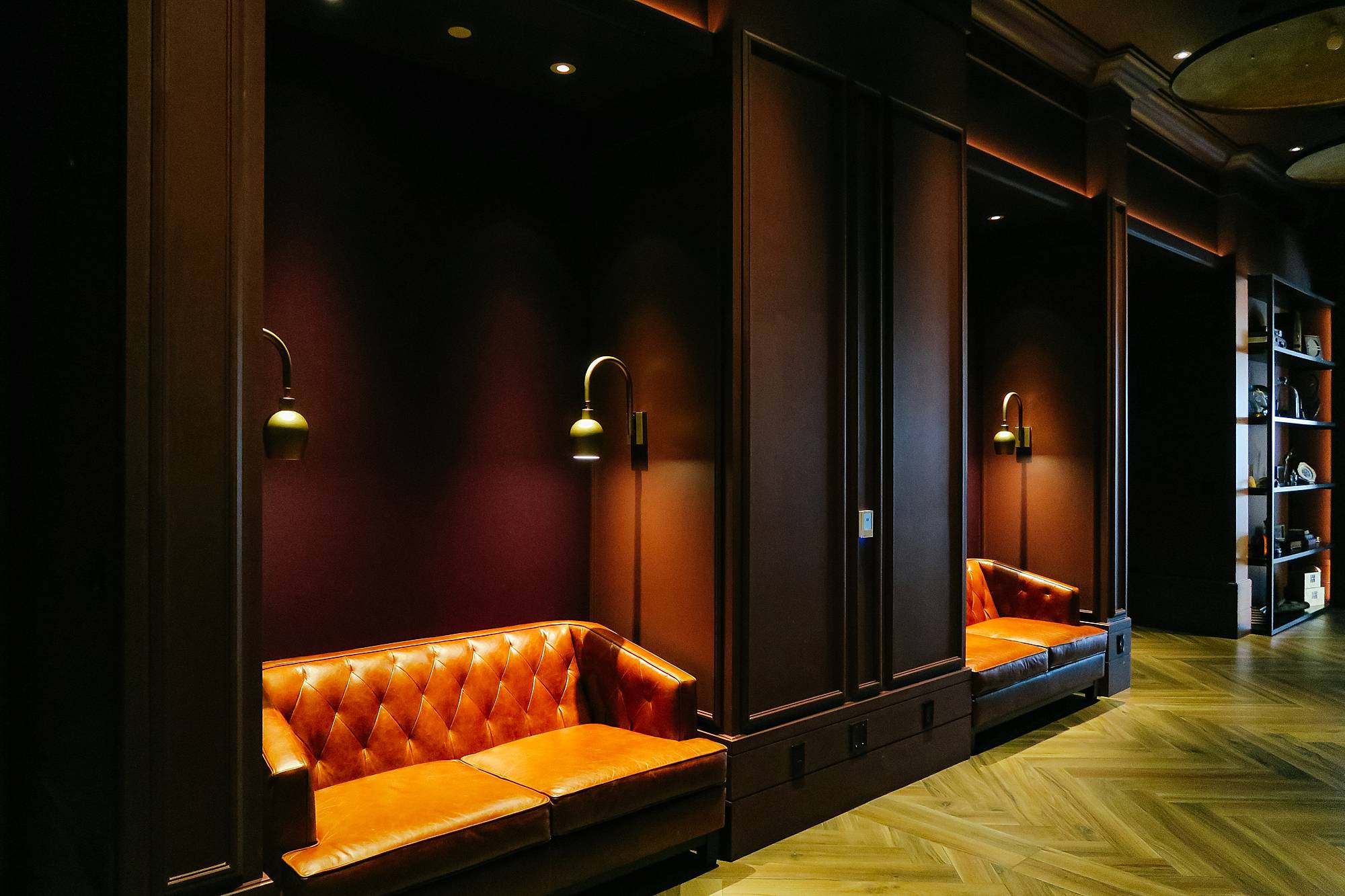 This is the hallway from the hotel to the restaurant. Oh it’s so moody and sexy right? I had to snap a photo because it is gorgeous especially at night to see this swanky dark hallway with these leather couches. I wish I could make Benjamin’s office like this – one day, when all the OTHER home projects are completed *wink*

And that was my half solo day in Fort Collins. Have you ever been? I love wandering by myself and have been so independent the older I get.

There are no comments on A day in a Hallmark Movie – Fort Collins.