I finally found the Napolea Trivita infomercial that I shot last September. I was wondering if it was ever released – I never saw it late nights (I’m not up at 3 am), but I did find it on YouTube! 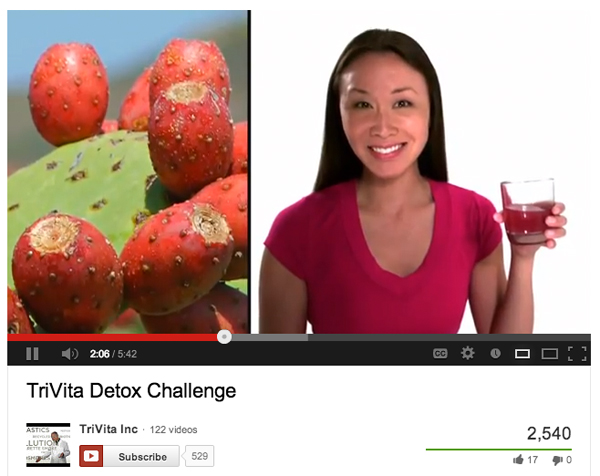 See my brief cameo in this specific video here.

Actually, the still gives you just enough of what you need to see – haha.

You wouldn’t believe it, but I was there for a full day with two other talent, so it was a long day but this was one of those jobs where the pay was absolutely worth it!  There’s not much about this shot that looks really “me” but that’s pretty typical with jobs, if it’s not Lizzy Marsh doing my makeup, I never really look like myself.

Diana Elizabeth drank a lot of that drink which was actually watered down because of color.