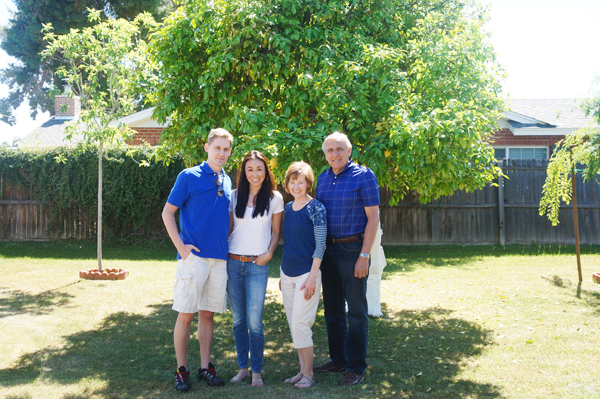 We love visitors, and we especially love time with family.  Mom and dad came in town from Champaign, Illinois for two weeks and the best part was the last week when they moved out of their rented apartment to stay with us.

Liberty who doesn’t seem to like anyone ended up taking a liking to mom – or perhaps mom really took a liking to her – isn’t this so cute? 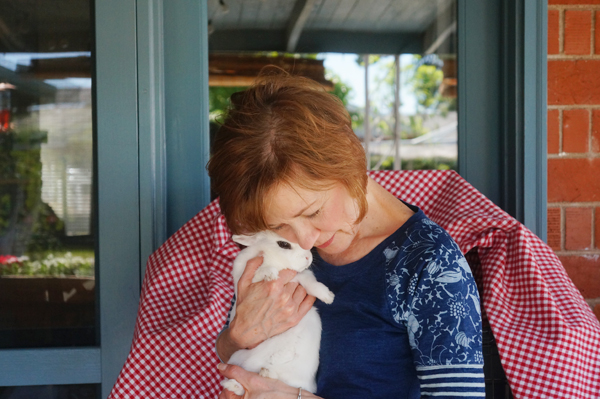 We ate at Chestnut, a neighborhood favorite – love their cinnamon rolls (request them heated up), but sadly we got there too late on a Sunday because they were out!  I ordered a Short Rib Manwich but found out they had ran out after the meals arrived that I had to quickly pick another dish.  So, I chose the chestnut chicken salad while I munched on Benjamin’s short rib hash which I’ll have to order next time hoping they don’t run out of short rib again and tell me after everyone else’s dish is served. 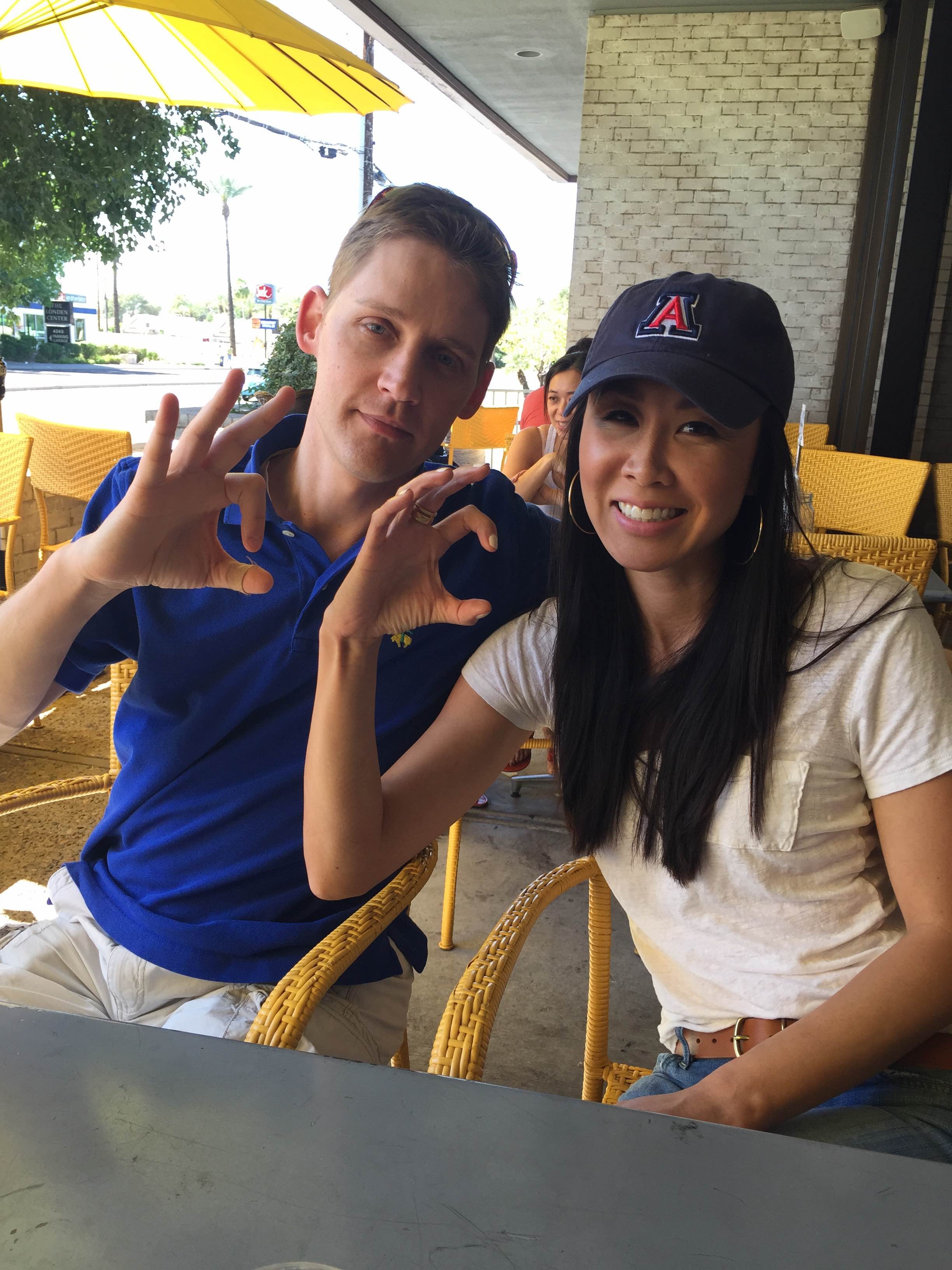 Arizona won the Pac 12 Championships which meant I had to wear the gear the next day to gloat.  Oh, and this pretty thing had to go up too (blue version, love this one).  We also own this little flag too. 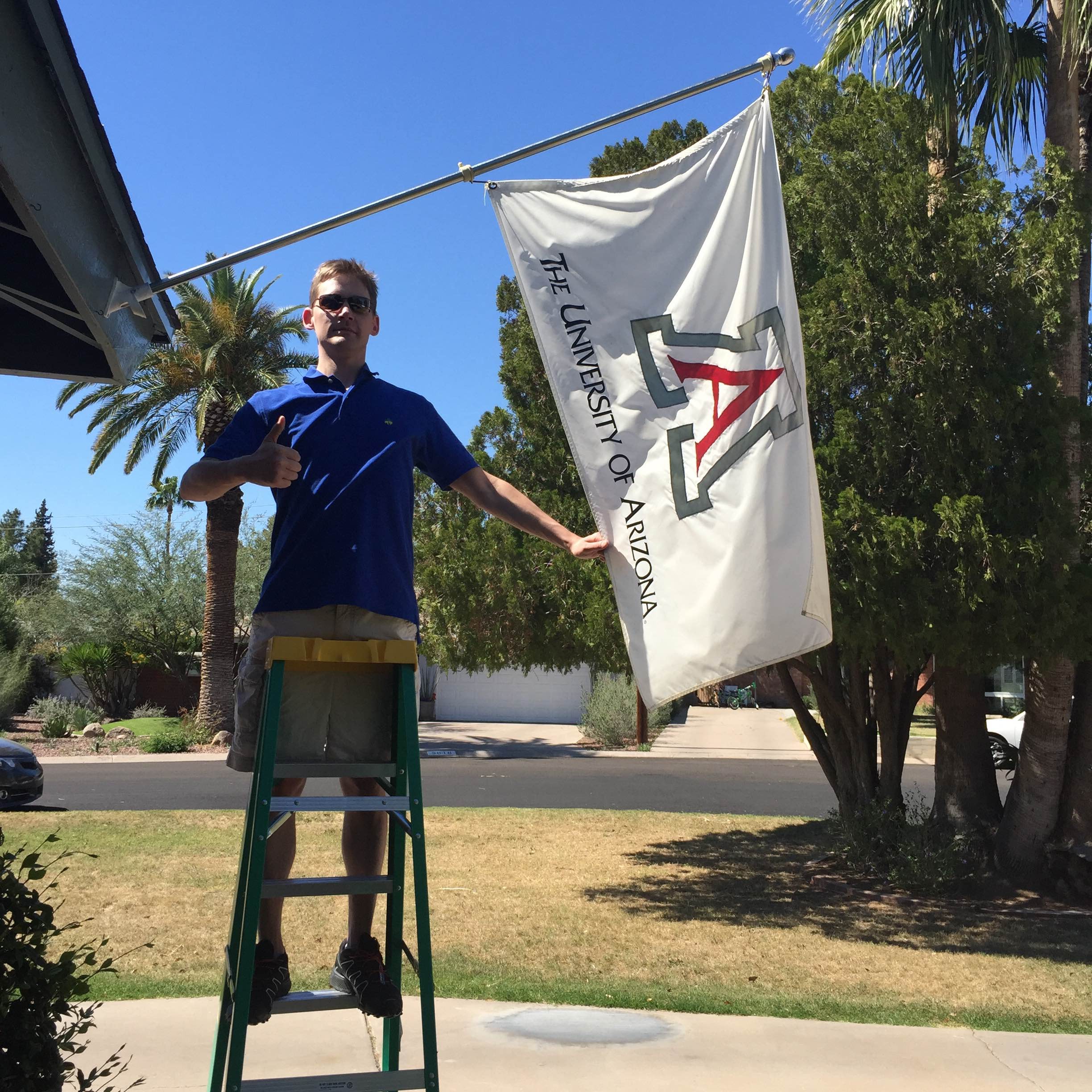 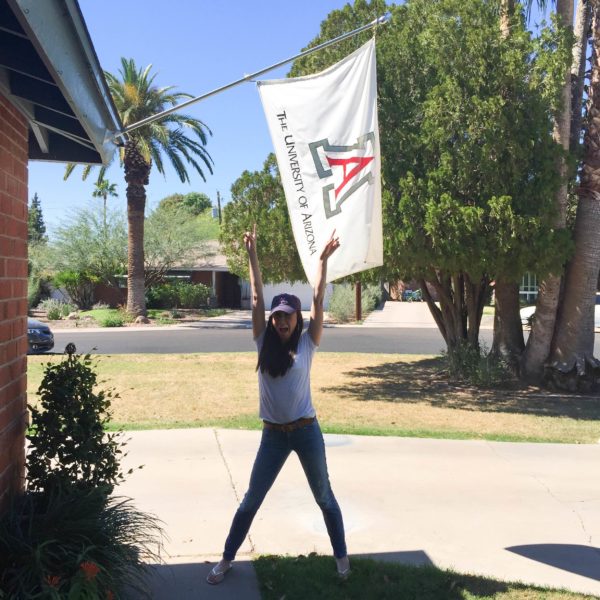 One of our favorite neighbors told me I was bringing the property value down in the neighborhood.  He admitted UofA should have been Seed No. 1 and not No.2, and he had us in the Final Four so I thanked him for setting his pride aside to admit it.  Rivalry can be so much fun, right?  Good luck boys!  That reminds me, I need to text my friend about him getting back his stolen $2 million!

Aside from spring training, shopping, eating out and cooking, we had s’mores last night.  Mom and I started the fire ourselves – I think I had a campfire badge from Girl Scouts.  I’m not sure how to keep it from smoking but my hair smelled like a bonfire.

Here’s our backyard at night – not very bright looking out from the patio.  I’m hoping one of these summers to get more backyard lighting, maybe more lights strung up. 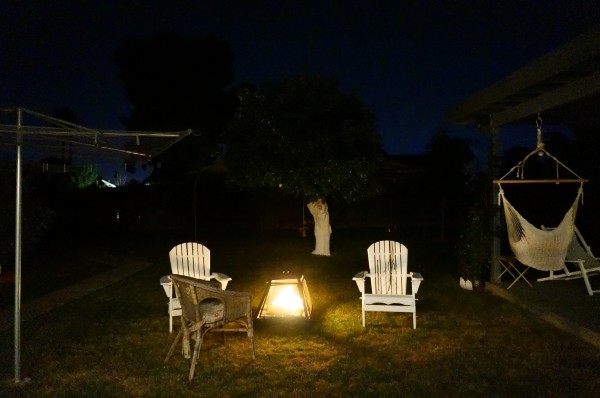 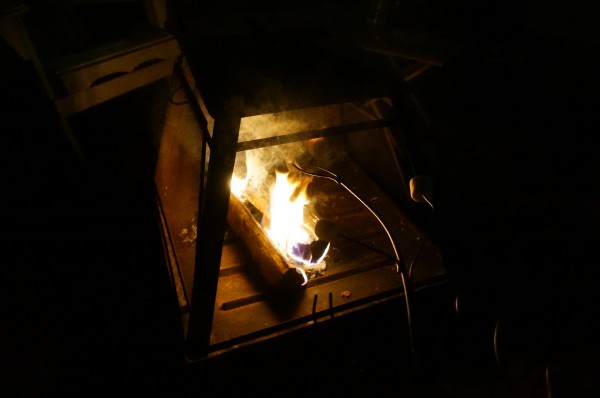 Do you like toasting things over an open flame?  This is the cutest marshmallow twig roaster from Terrain, I had been wanting to use it for years!  We ate them on bunny paper plates from JoAnn’s that I bought last Easter.  Perfect timing!  Fire pit from Target (similar), adirondack chairs from Ace Hardware. 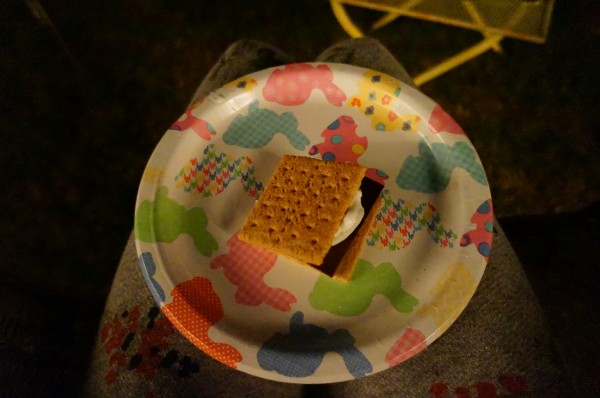 Hope you have a hoppy start to your week!