Airing on Monday, August 16 at 6 pm MT on National Geographic is “Diana: In Her Own Words” – the documentary told in Diana’s voice. These never heard before interviews during one of Diana’s lowest points of her marriage, recorded in 1991 with her participation by a close friend on behalf of journalist Andrew Morton, who was writing a book about Diana’s life.

This entire documentary is her narrating how she met Prince Charles – did you know her older sister first dated him? She talks about their wedding and marriage. She talks about Camilla, in her own words and when she was pictured crying in a red coat – what she was really crying about. I was able to catch the entire press screener and I enjoyed it tremendously, a new perspective that’s captivating, it is Princess Diana, after all. 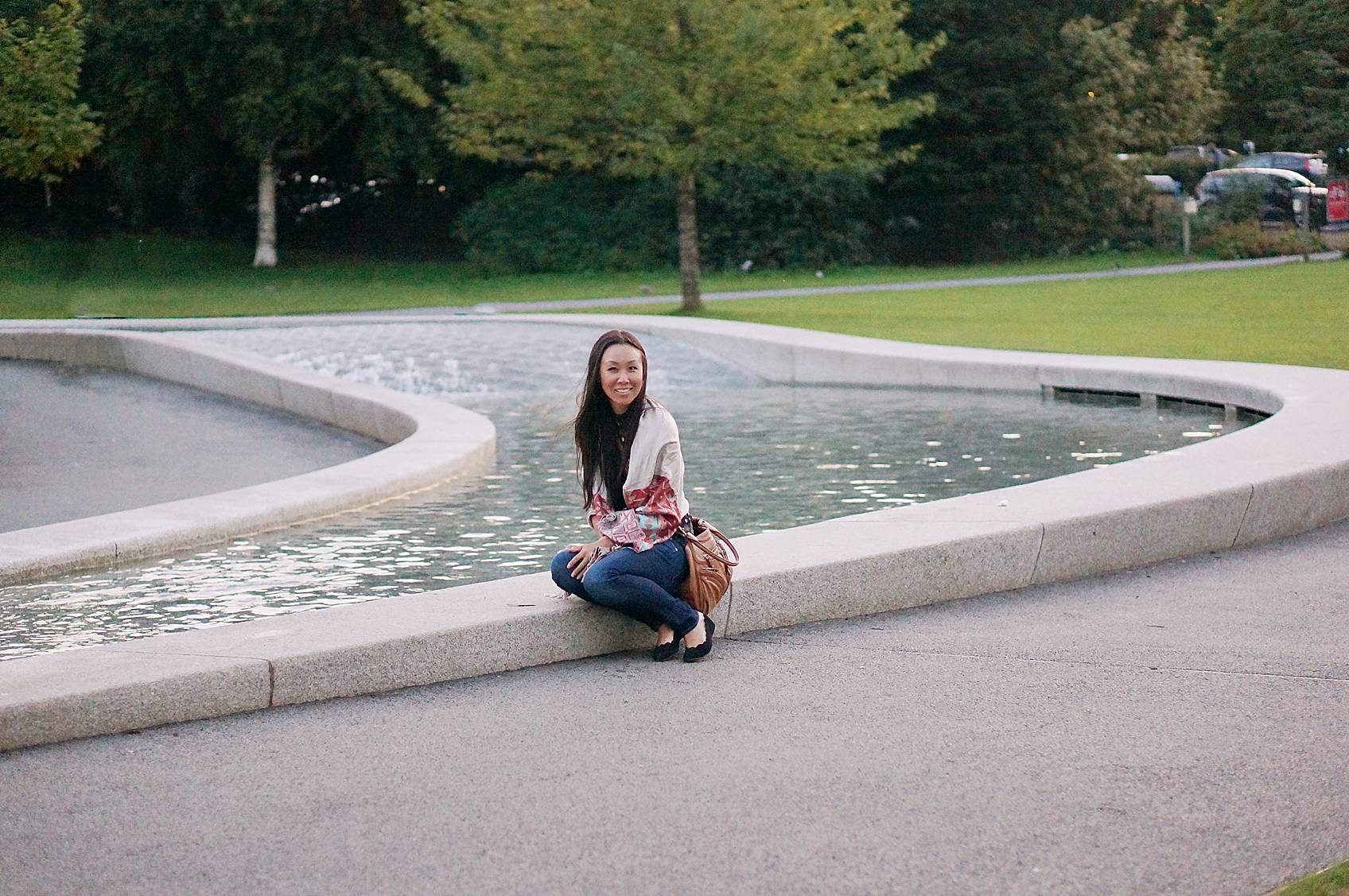 Me for the second time at Princess Diana’s fountain in London (this time it wasn’t drained!)

I will always be fascinated with Princess Diana and sometimes when I think how’s she’s not here with us now – we’re seeing it on magazine covers and documentaries on her 20th anniversary of her death – my heart sinks. I sometimes get teary eyed because I know she would have done such amazing things in the past 20 years, things I wish I could witness. Princess Diana is my namesake and my middle name Elizabeth after the Queen – and when she died, it really hit me hard. She was an idol I expected to look up to all my life and suddenly she was gone and while this might seem a little silly, I really did feel lost. Ah even now I’m tearing up because I remember how impactful her death was.

I woke up at a random time, a time when I should have been sleeping and I turned on the TV and caught the funeral live in London. I cried buckets alone in the dark with the TV flickering. I was about the same age at Prince William and I was just so overcome with sadness. I lost it when they zoomed up on the “Mummy” on the envelope from Prince Harry on Diana’s casket.

So for all you English royalty lovers, London lovers, Princess Diana lovers, hit record and catch this episode on Monday.

There are no comments on Princess Diana “Diana: In Her Own Words” on Nat Geo August 16.

Though we love to eat, we don't like to spend a lo

Taking next semester to study abroad at the 🦋 B

It is my duty to protect my family - Mulan. Droppi

I heard someone say their fondest memories have be

Outfit details and about Vegas in 2020! On the blo