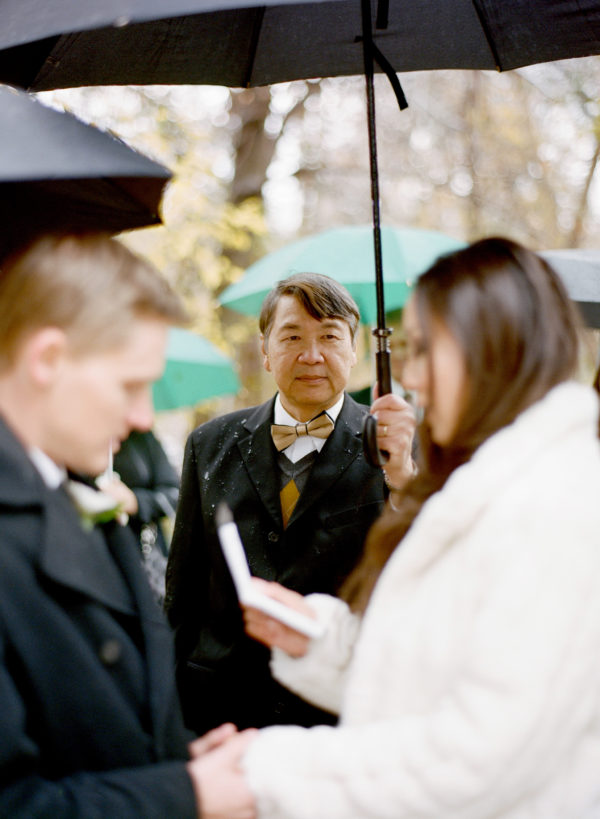 Father’s Day is coming up. I know days like these can bring good and sad memories, but for this post, let’s celebrate the fact that they exist – whether it’s an uncle that acts like a dad to you, or your father-in-law, or any male figure and if he’s here or in heaven, let’s talk about dad’s and how great they are and introduce you to mine.

So when I was born, my dad’s first sentence was, “She looks like me!” 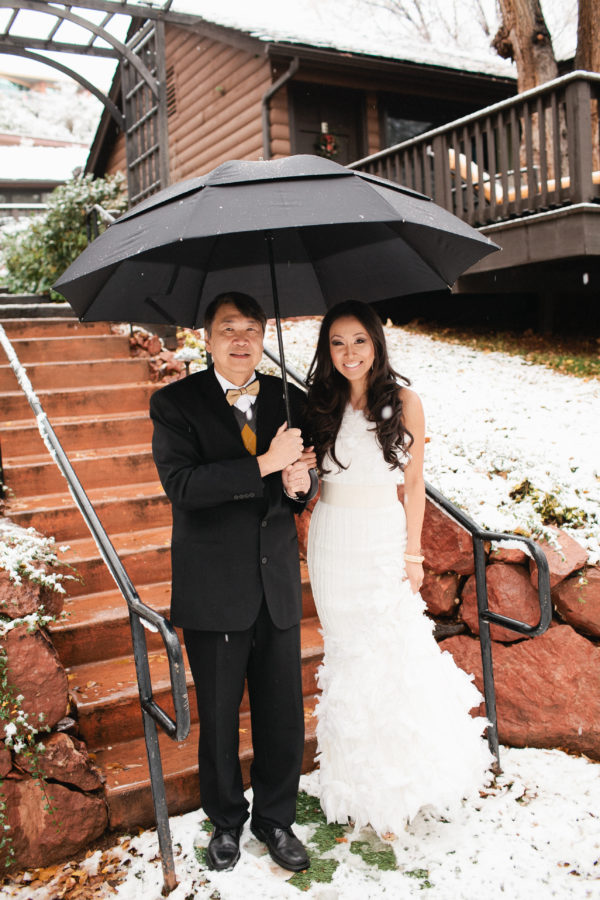 And when I did pageants and people complimented my appearance to my dad, he would smile really big and declare it was because I looked just like him (it was a joke, I really looked a lot like my mom). Although today, I think I look like an even mixture.

I always thought my dad should have been President. He was so smart – he went to The University of Washington for undergrad and The University of Michigan for his masters. Growing up, he had all the answers to my questions, especially the definition of words. Then the day came when I guess I was old enough to hear the answer, “Look it up in the dictionary,” which was quite terrible to hear as a lazy tween.

My dad always made me think on my own. He never coddled me, and through his parenting he made me fiercely independent. I would have an idea, and he would say, do it. So I’d start sketching ideas, dream up visions, design – he bought me Photoshop, Illustrator and Dreamweaver when I was in high school to spark my creativity and today I’m a graphic designer and photographer (I’ve been working on Photoshop when it was 4.0!).  He always pushed me to at least think like a creative, be an entrepreneur. When I was troubled, not getting good grades, he didn’t yell at me or withhold my dance team tryouts, but he sat me down with my mom and told me if I made the team, he wanted to see me balance sports and grades or else I was off. I reported back with a 3.75 GPA and from there enrolled in Honors and AP courses. My dad didn’t pressure me where to go to college, or what to major in (only what NOT to major in), if I should be in this club or rush a sorority (Since I wanted to be like my dad and he wasn’t in a frat and I decided against it).

At the age of 15, I knew journalism was my jam and I wanted to be the editor of a magazine, so my dad suggested casually that I wrote to editors of magazines and so I did – I sent multiple questionnaires at age 15. Almost all of them wrote back – from Allure, Glamour, Vanity Fair, Teen, Marie Claire, you name it, they wrote back! I corresponded for a long time with Linda Wells of Allure, Graydon Carter of Vanity Fair told me to reach out when I wanted an internship (NYC was too scary for me). My dad just knew how to suggest things without pushing – including telling me I could make more money and have more freedom if I worked for myself.

After my mom and dad moved me to LA without a job, my dad told me he would support me for a year until I found a job. It took the pressure off me and I was able to find a good fit – and dad supported me for two years because let’s face it, LA is stupid expensive and the pay in the entertainment industry was and still is equally terrible, but thanks for that opportunity dad. I woke up, moved to Phoenix and started paying my own bills. 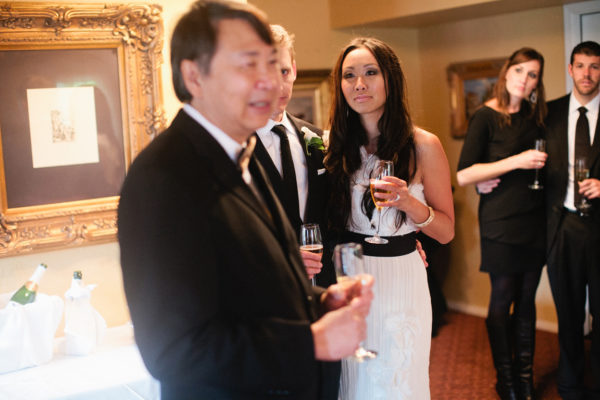 This is my dad at our wedding who first started off saying that he waited 10 years for this day. I was like, hm, thanks dad, that’s embarrassing. And he went on to explain it was after he was supposed to die from stage 4 lymphoma cancer and the Lord graciously saved him that he prayed that he would see both his kids get married one day, and that day he was thankful to be there. Me too. It was the loveliest speech, I sure wish I had a video of it.

I cannot imagine my life if I had lost my dad at the age of 20, I would have been a terrible wreck. I would have made even worse mistakes in my 20s, just terrible ones. I was too young to be without him, and there was so much wisdom I needed from him, and to see more of my dad’s character to find a guy just like him. This is the part where I could easily cry but I try to shove that hard memory away because it was the hardest thing I had ever had to go through in my entire life and it’s pointless to wallow in the past when it hurts. And so, I celebrate my dad, that I get to buy him a card, and that he is amazing. 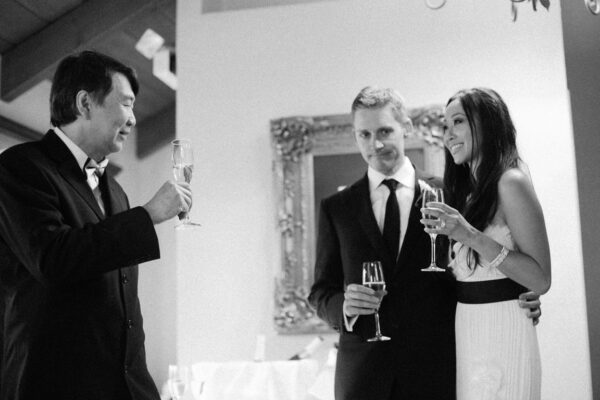 Benjamin is just like my dad – ask any girlfriend of mine who knows my dad and Benjamin really well (Rachel). My dad’s funny, easy going, kind, generous, a big kid at heart and I swear he knows EVERYTHING still to this day. He reads world news, knows current events, knows about the stock market and properties, he’s the smartest guy in the world.

The last trip home I freaked out at the kitchen table when my parents talk about when they are both gone and what will happen and I really had a moment of panic.

“What’s the big deal?” my dad asked.
“Dad! What if I have a question and you aren’t around to give me the answer?” a true concern of mine.
“Oh yeah yeah I’ll send you a message ok?” my dad casually shrugged off in his joking tone.

That’s my dad. He lightens the mood with humor. He chooses joy all the time, and he is fearless, and I’m so glad I get to be the recipient of such unconditional, generous love.

I also want to celebrate my other dad, Benjamin’s dad – 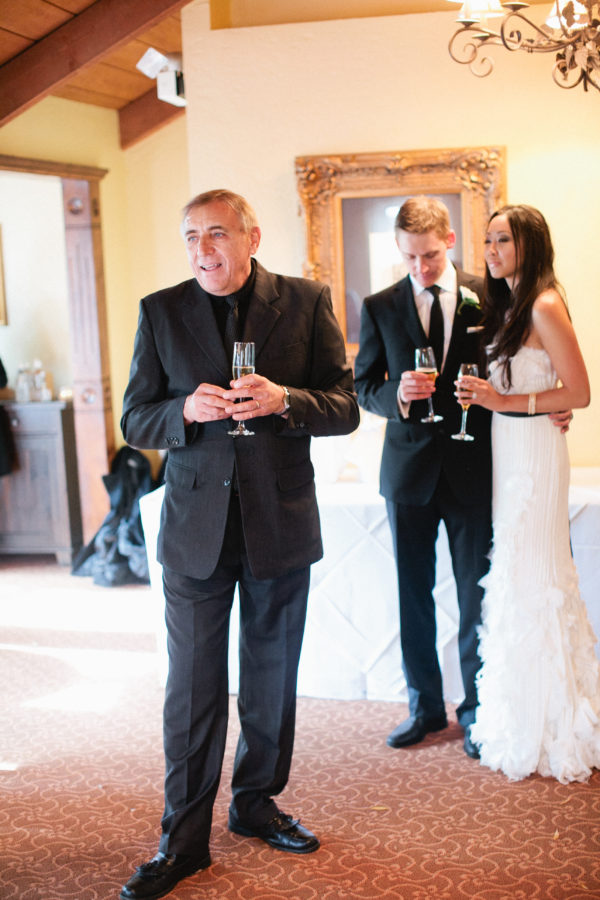 We love our family if you couldn’t tell :) We had our dad’s give speeches, our mother’s hold the rings and sign our birth certificates. Our parents mean SO much to us.

My father-in-law who I also call dad is a super handyman! He also said the funniest most awesome thing the last time he visited. On the last day, he asked me a question.

“Now Diana, before I leave, is there anything I need to set Benjamin straight on, about being a good husband?” he asked.
I looked across the counter at my mother-in-law and Benjamin (who looked a bit scared) and I laughed.
“Um, dad I live with Benjamin so probably would not be wise to say a thing,” I said – and I’m totally kidding Benjamin is a great husband.
“Well, you have my number and so you just call me if there’s anything I need to chat with him about,” he answered.

There are 8 comments on The Dad with all the answers.