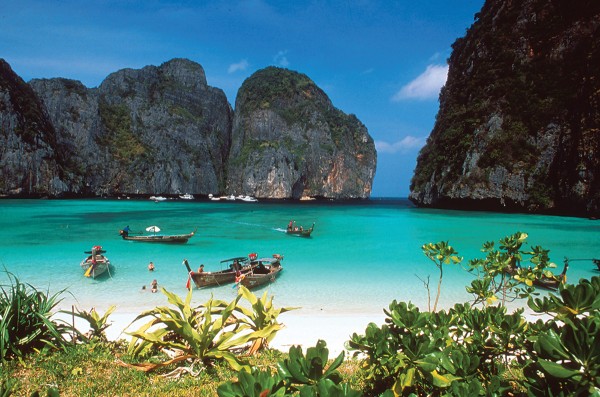 I figure I should elaborate more about Thailand – the when, why, and how the trip came to fruition.

Thailand has never been on my radar. I would say it wasn’t in my top 5, but maybe the back 5. I have so many places I want to go, and some I joke are just the trendy places to explore but made it on the list anyway. I had however heard everything wonderful about it – no one has ever returned from Thailand saying anything bad, including my parents, I just hear amazement and things about the kind people. So, when Rachel was over and we discussed traveling somewhere internationally next year, a Groupon to Thailand popped up and we were sold – I went to Ireland on a Groupon too (more on Groupon vacations later in this post). 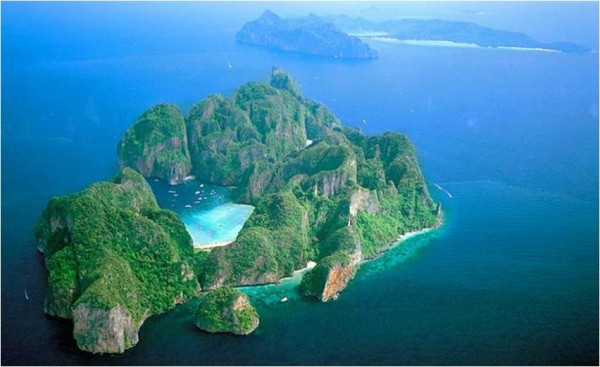 We’ll be going in April so I’ll refrain from talking about it until closer to the date about what I’m packing and what we have planned, but I’m going to do something that might shock you.

I’m going to pack all of my stuff in a backpack. No roller suitcase for this trip.

This is my second Groupon trip. It’s a good value – a flight, hotels, some have a tour guide. Here’s the thing I want to encourage if you buy a Groupon trip – detour. Ireland was amazing because Melayne and I talked to locals and every day we just decided to drive up and go exploring – one night we came back to the hotel at 1 am because we detoured so far north to the British territory, but it was worth it! Then we also added a few days in London. This Thailand trip is costing us more because we’re detouring to the Phi Phi Islands but who cares! If anything a Groupon vacay will force you to go – it’ll inspire you to go, and you can afford the add ons and detours.

It’s a 16 hour flight to Thailand with a several hour layover in Beijing. I’m dying that we’ll be landing in Beijing. I want to run outside the airport and I’m going to be glued to the window hoping to see the Great Wall of China. That trip, it might have to be next. I want to spend at least a week in a country when I travel to fall in love – sample stops don’t work with me.

Exploring is so fun – people can assume those who wander are not content with their lives, running away, or just trying to fill parts of their empty heart – it’s not that way.

I am so content with my life, career, I love our little quaint home, friends, and Phoenix even though I joke it can drive me nuts but I feel my heart expanding and mind challenged when I travel.

I can only explain the travel bug as a longing – a healthy one. Like when I knew I longed to get married, when I longed to own a home, or the longing and desire to start a creative business. If none of those help you understand – perhaps you’ve felt the longing to have babies. While I haven’t experienced that longing, we can share the feeling of longing. Thanks Fawn for explaining this normality in me.

On social media the photos that inspire me are not fashion outfits, perfectly placed coffee with a donut, but travel photos and spectacular views! My heart bursts out of my chest when I see them. Boom! Mr. Wonderful who has traveled a lot and for great lengths of time in his early 20s wonders what happened – I attribute it to being a photographer.

Thanks to my friends for their help with planning this trip – Ryan who is a travel blogger – we were in Sony Club together as bloggers (he lived in Thailand for a while, he now lives in Mexico), sweet Shauna who was there for 3 weeks and took the time to chat with me on being polite in Thailand and how to get around, to Kristin, the other half of Brandon Kidd who inspired me with the trip she took with her hubby recently. I feel ready and you’ll be surprised at a few things I’m going to attempt while there.

If you have any advice on Thailand, I can’t take enough of it, please share. Also, I’ve never packed with a backpack before, any suggestions for those experienced in this area?

There are 5 comments on Crazy Travel Girl, about Thailand.