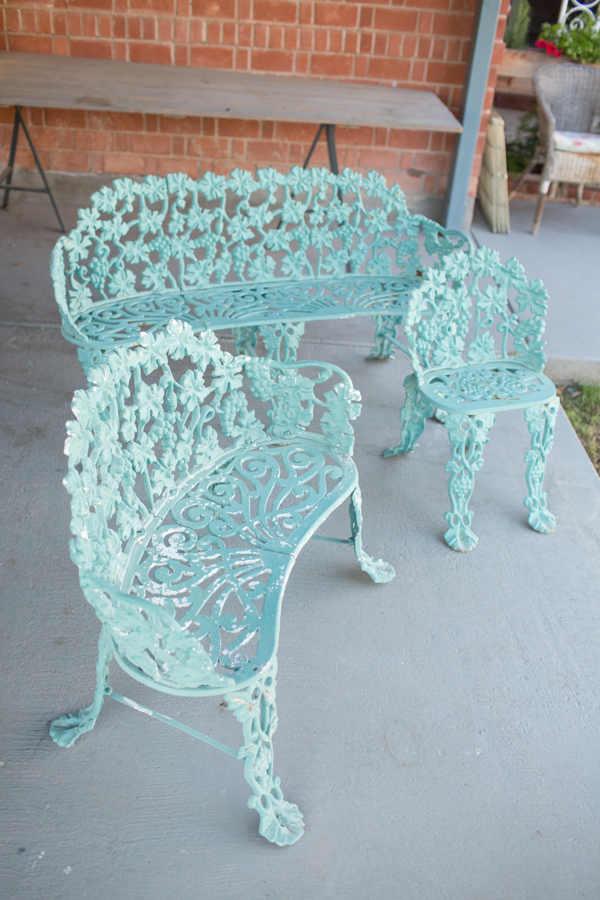 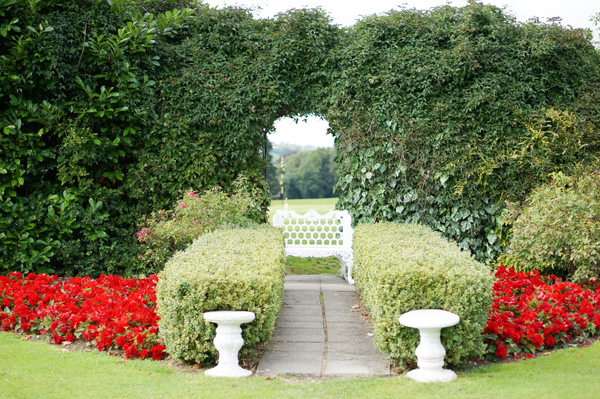 I’ve wanted a white cast iron garden table or bench set for a good while now.  I think it all started when I took these photos in Ireland.  I would also like to buy that green wall if I could, please. I mean, really. 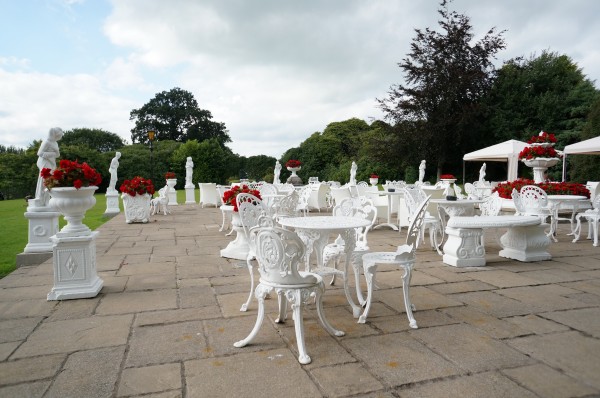 I’ve been casually looking, and stumbled upon a set I liked, and thought hard about it because the price tag was a big one.  A few days later, I returned to purchase it only to notice one of the chairs didn’t match the rest.  I decided against it and went home a bit sad, but also relieved I didn’t spend $600 on the table and chair set.

Unable to get it out of my mind after coming so close to getting one, I logged onto Craigslist.

I found this set. 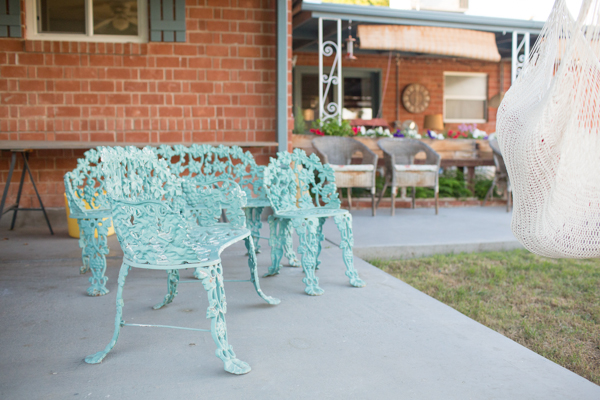 For $150!  For all three! Clearly I bought it since this photo is my backyard. I drove all the way up to Cave Creek and by the time I got home I realized I had spent 90 minutes in the car!

But, I was happy.  Benjamin even noted that I was glowing.

Have you ever tried to move cast iron?  It’s heavier than a load of bricks!  Thankfully the sweet gal selling it helped load my car.  I know this might sound creepy but sometimes when I meet people on Craigslist (the sellers) I am so sad it’s brief that I wish I could keep in touch with everyone!  I know that’s so unrealistic and crazy sounding but I guess I like people or I figure if I like their stuff enough to buy it I’d really like them too!

Or maybe I want to keep in touch so if they sell more stuff I’d like dibs.  Either way, it’d be such a profitable relationship *wink* 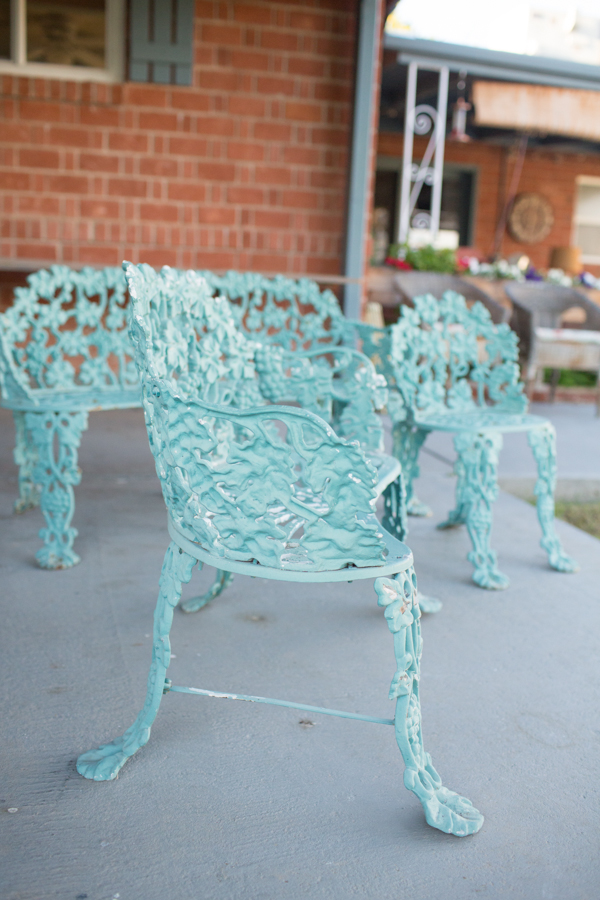 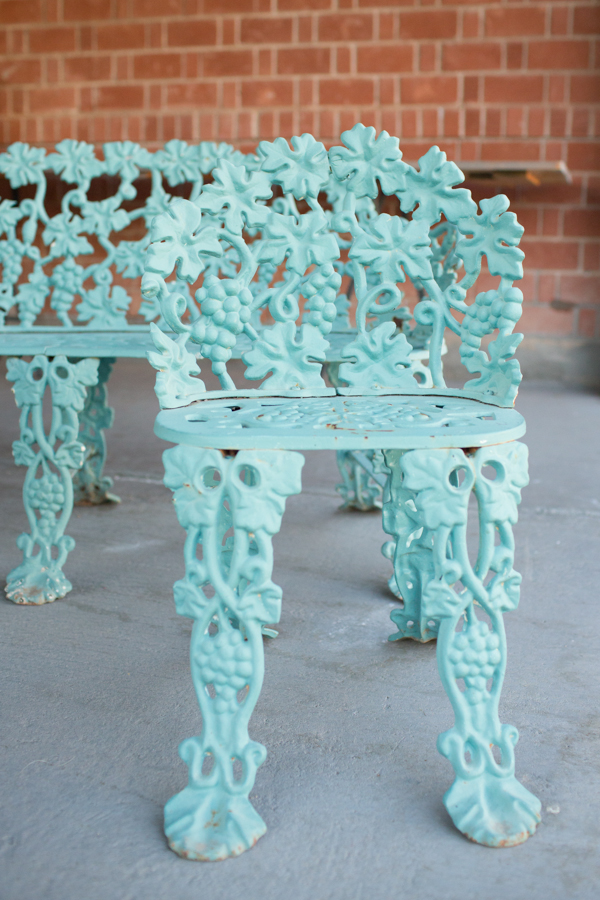 I thought about repainting it a bright white, like I had wanted in my dreams only to think of how much work that would take (priming and oil based paint takes days to cure) I stressed myself out.  In this case, spray paint wouldn’t be the answer and a solid week of labor would need to go into restoring it.  Thankfully JMar came over and told me she liked it the way it was and it doesn’t rust here.

Benjamin also mentioned the aircraft boneyard in Tucson (where they keep old military planes and the like) and the reason they keep it in Arizona is the lack of humidity – we don’t have a rusting problem. 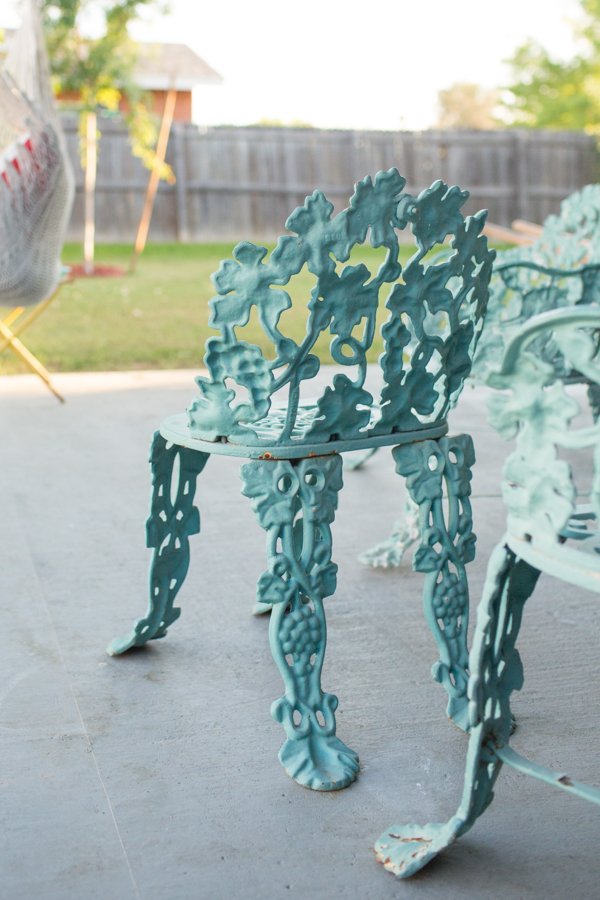 I’m going to let these beauties find a place in our backyard and settle into the scenery.  When we found their resting place I was huffing and puffing and I tell you they don’t make things like they used to – cast iron is surprisingly heavy.