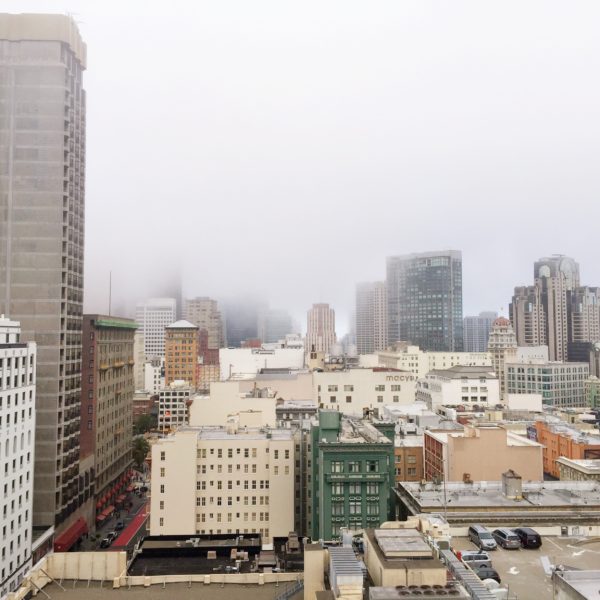 I have been looking forward to a girl’s trip, my Club MED girls weekend in San Francisco to visit Emily. I was dying for better temperatures and a better mood!

My dad was born in SF, my yun yun lived here before moving to Sacramento for her last years, so SF is like a second hometown in terms of how often I’ve been to the bay – exploring it as an adult is completely different. At night, the temperatures were in the 50s, highs around 65, the first night Mel and I came in, we checked into the Clift Hotel, part of the Morgan Hotel Group (so posh, owns the Delano Las Vegas). 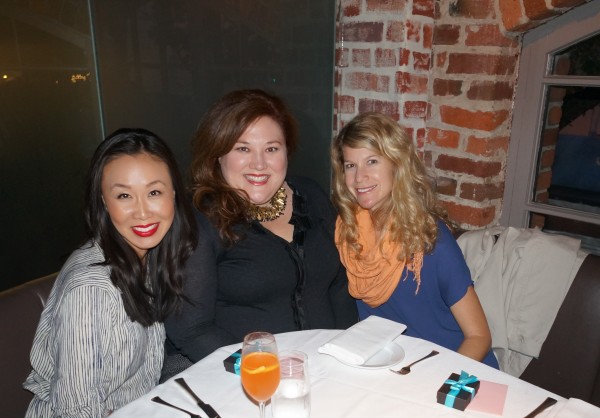 We had a nice fancy dinner in Jardiniere, a French/Californian style restaurant. This is when I gave the girls the initial necklaces.

For dinner, I ordered lamb. I always gravitate towards duck or lamb on the menu. It was so small (one chop) and I was quite hungry after so we ordered two desserts which made up for it, always. 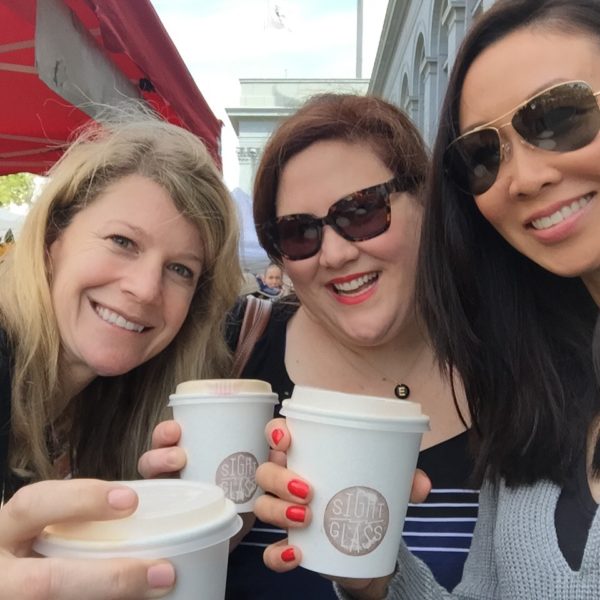 The next morning we woke up early to head to the San Francisco Ferry Building. Located along the Embarcadero at the foot of Market Street, it is considered the center of a transit hub that connects all of San Francisco’s neighborhoods and the surrounding bay communities. 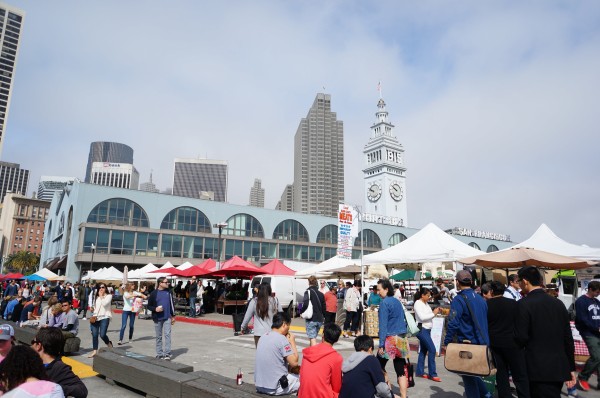 The Ferry Building boasts an impressive farmers market, and we picked up some coffee by Sight Glass, a few pastries and had a nice breakfast outside enjoying the sun and view of the bay bridge. 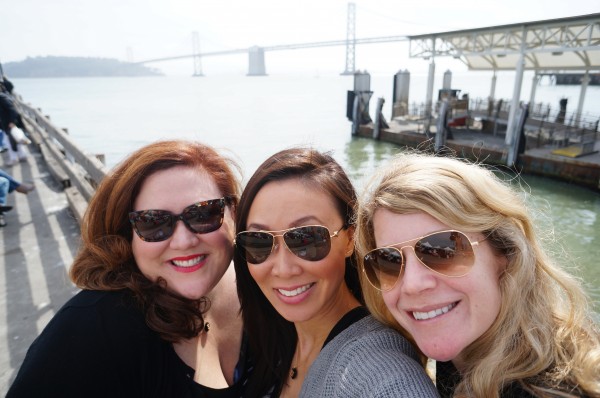 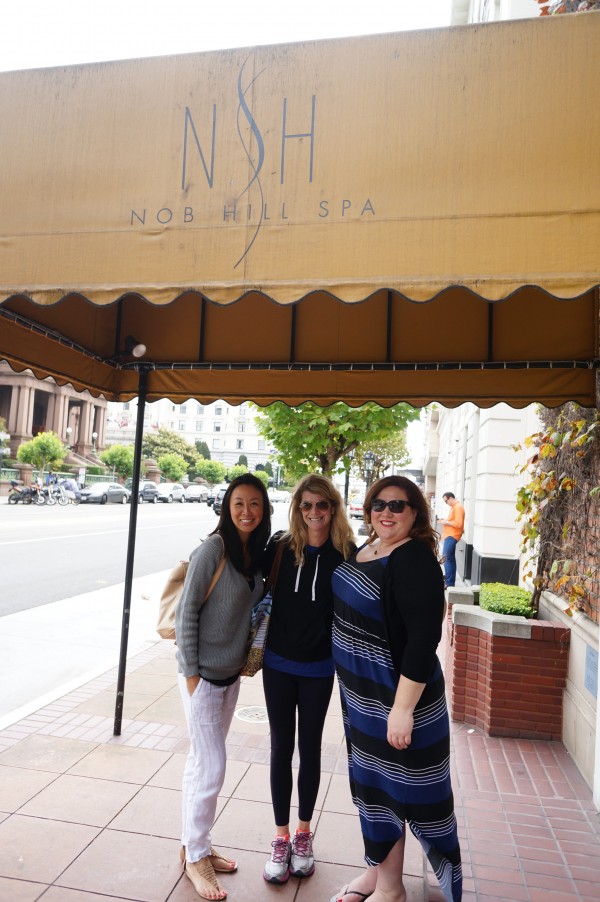 We had massages scheduled that morning at Nob Hill Spa. Emily surprised us by upgrading our massage appointments from 50 minutes to 80 minutes which was absolutely heavenly, thanks Em! I had an aromatherapy massage and I have to add that it was the best massage I’ve ever had at a spa in my life, so relaxing and I felt like a new woman.

We went outside on the deck to enjoy the view and chit chat, and eat fruit. 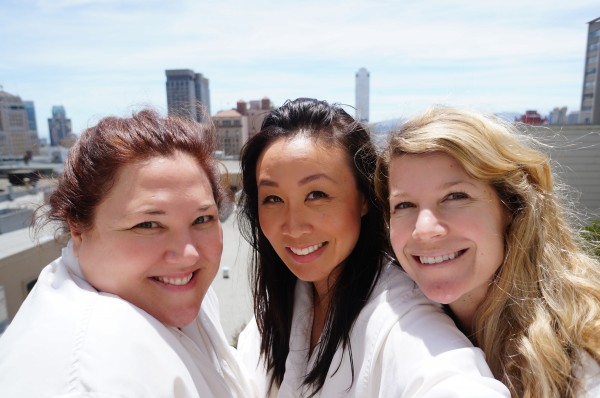 I never eat apples, except when I’m at the spa, strange? 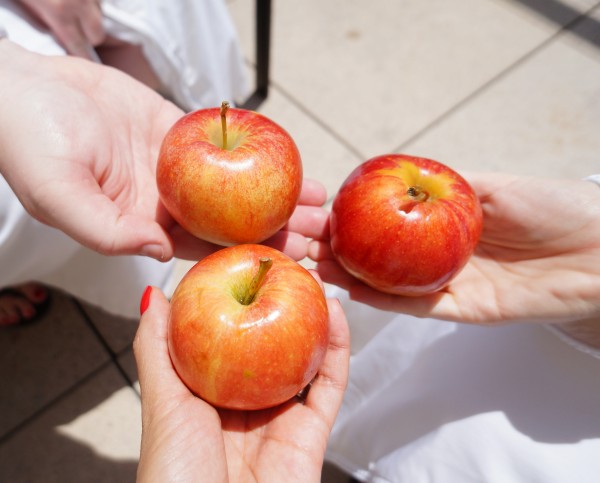 We walked through to a small boutique hotel called The Scarlet Huntington. 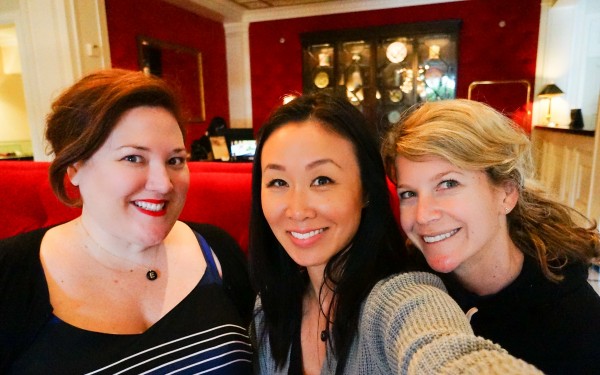 We decided to walk back to our hotel, and then saw this street.  Woah. 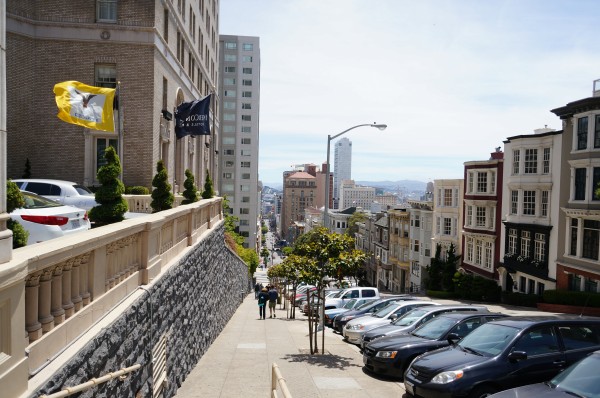 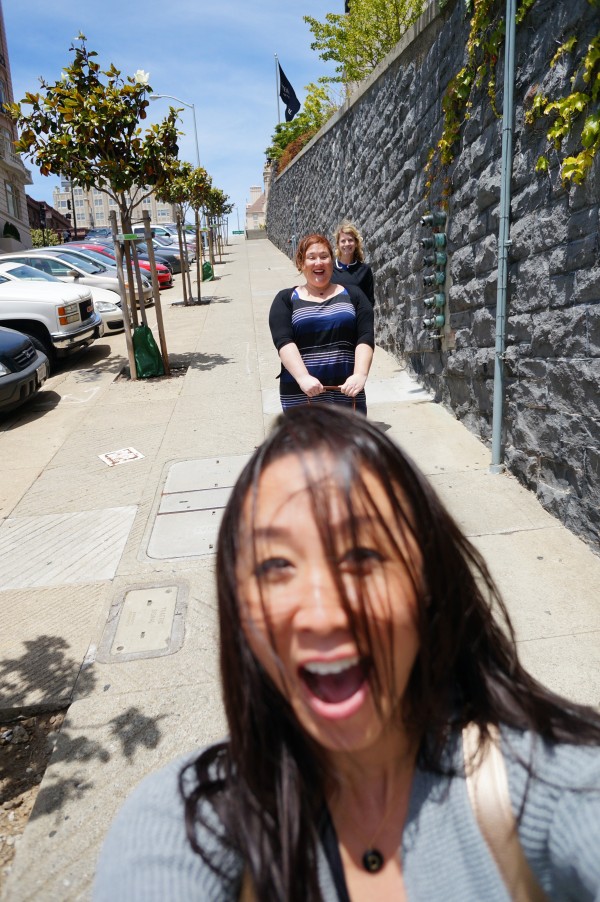 It was also windy that day/weekend/normally.

We hopped into an Uber (click for a free trip up to $20). We used Uber the entire time and I am definitely buying stock once it goes public! We went to Emily’s apartment in the Hayes Valley neighborhood so we walked around. Saw cute houses like this. 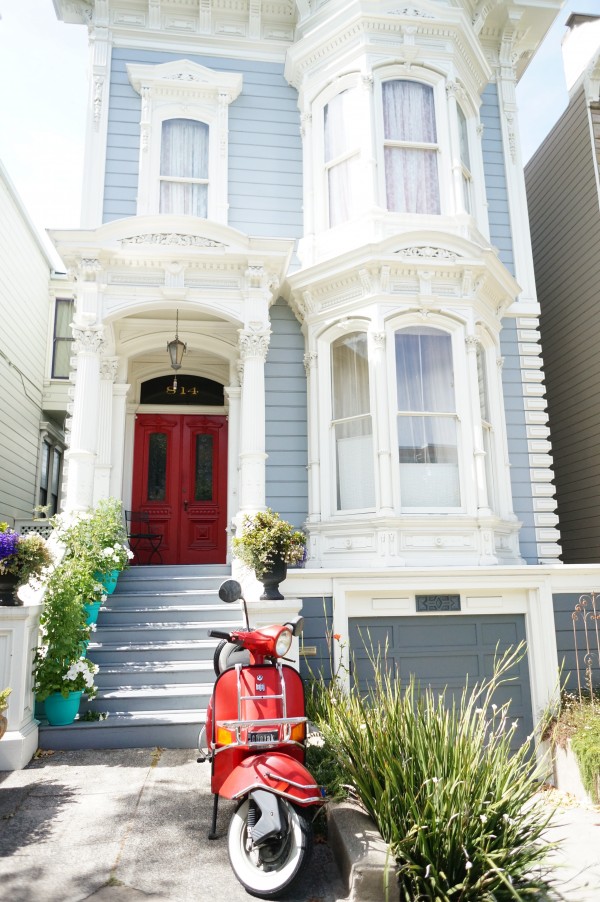 Then saw the famous Painted Ladies you see in the opening of Full House. It was pretty busy with dogs, people, adults hitting pinatas. It was windy but so wonderful to be walking around getting some fresh air. 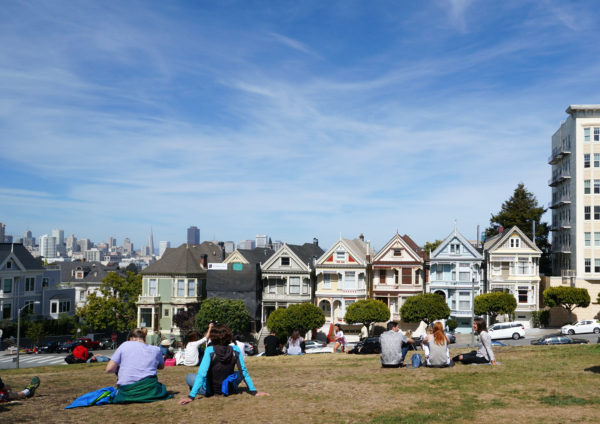 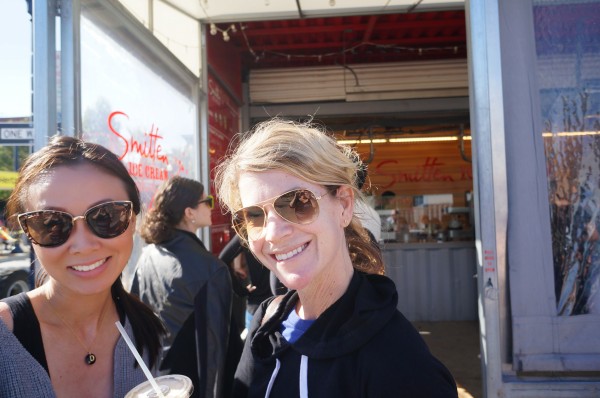 Fresh pure and creamy ice cream made to order from Smitten. How do they make it that fast? With nitrogen that makes it so cold while it churns that you get your cup of ice cream ASAP. We ordered a small mint ice cream for $7 in a cup.

The line was ridiculously long, but luckily, the weather was perfection so it wasn’t bad. Apparently a huge deal because LeBron James was spotted there, for you sports fans. 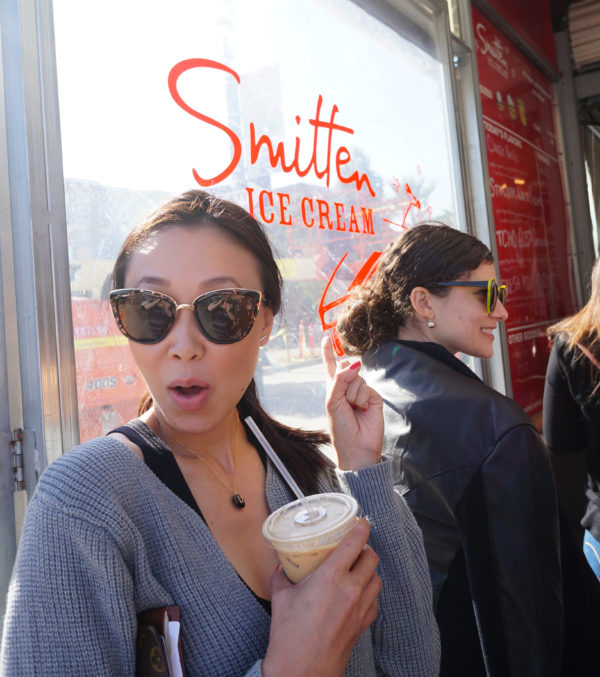 While I waited in line, the girls picked up Blue Bottle Coffee, mine was called a New Orleans, something close to an mocha latte (not pictured) but has chicory, which I would say it tastes similar to Mexican chocolate like mole. I am going to buy some online, that’s how great it is – SF has some great coffee, very comparable to coffee in Phoenix, I’m a coffee snob and I approve! 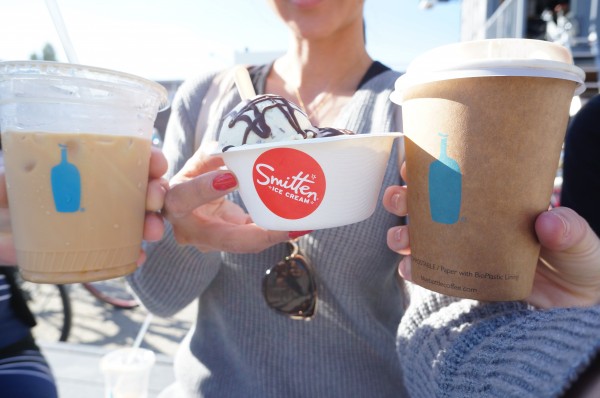 We continued to walk and the stores are adorable – some expensive, but just simple and sophisticated in design.

Dinner at Akiko’s that night, it was wonderful but you’ll have to look for the number because the sign isn’t outside. We walked by several times. 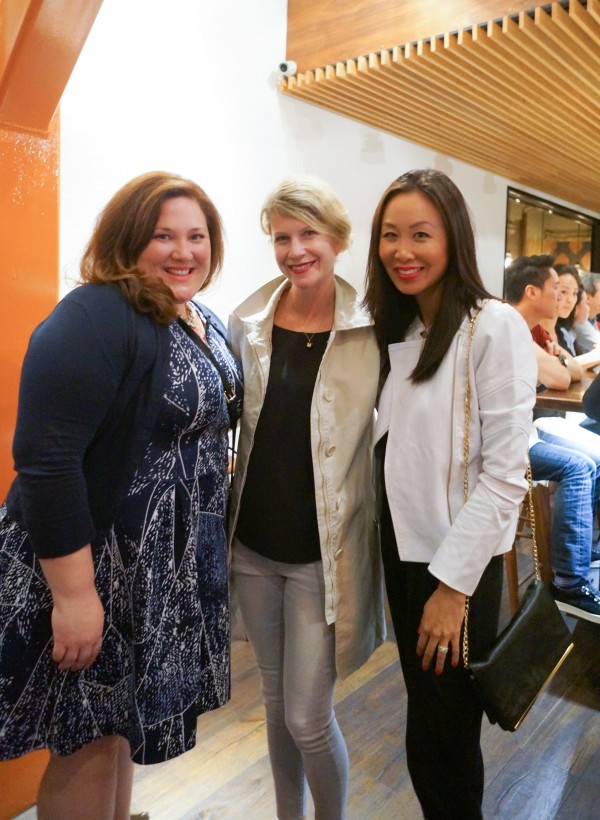 After a great breakfast we got in Emily’s car and she drove us around to show us some gorgeous neighborhoods, including Pacific Heights – the homes that look like Hollywood homes, large scale, and beautiful views, true millionaires, old money, just luxury living with stunning views.

There are so many parts of San Francisco it’s been fun to take a weekend to really explore one part of it instead of rushing through to see all of it. I also forget parts I’ve seen and haven’t over the years. Revisiting is just heavenly and being with friends puts that extra sweetness into exploring. 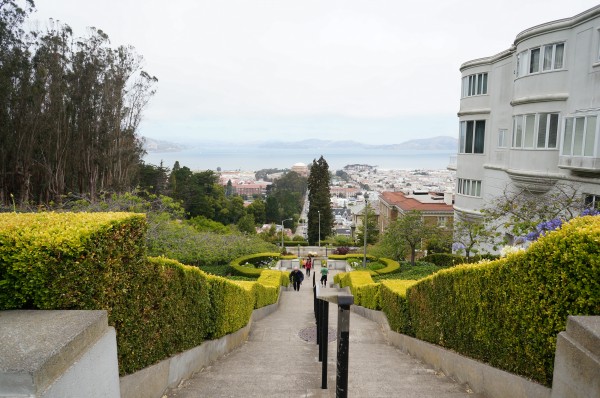 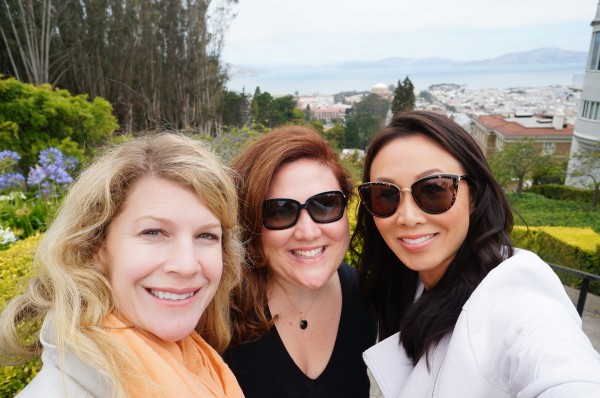 Crissy Field had a few views of the Golden Gate Bridge, it’s where the bay meets a forest which is pretty cool, it was a quick stop for some photos. 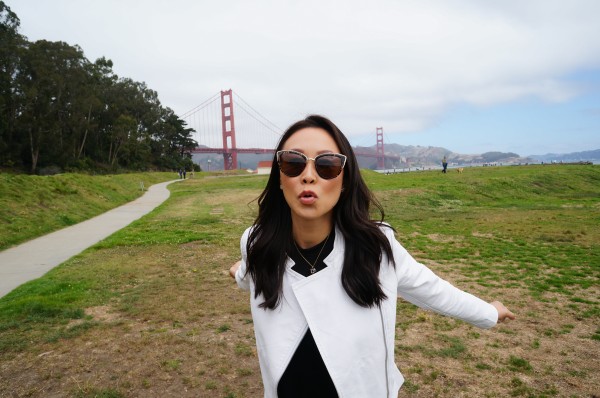 The girls call this the Diana Pose. It started in LA and I’m pretty sure I never did this exact pose but it’s very modelesque. I approve. 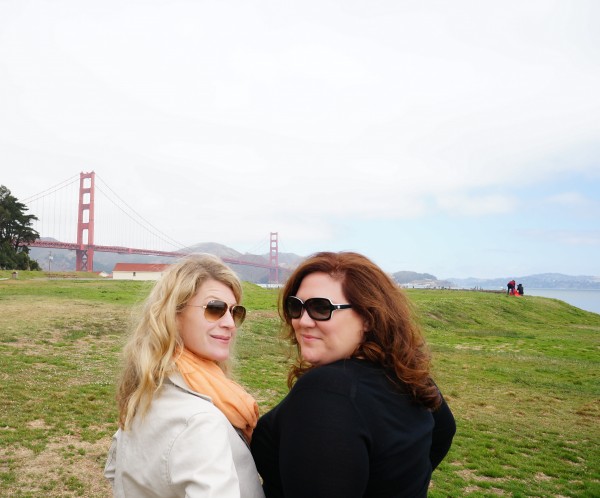 Good food, relaxing indulgences, a little shopping, and great conversation, that’s what’s good for the soul, and that’s what goes down in the books for a weekend well spent – Club MED style.

Um, dang focus, but this was too cute that I had to share it anyway! I’ll print it in a 3×3 or smaller size so it looks less blurry, boo technology! 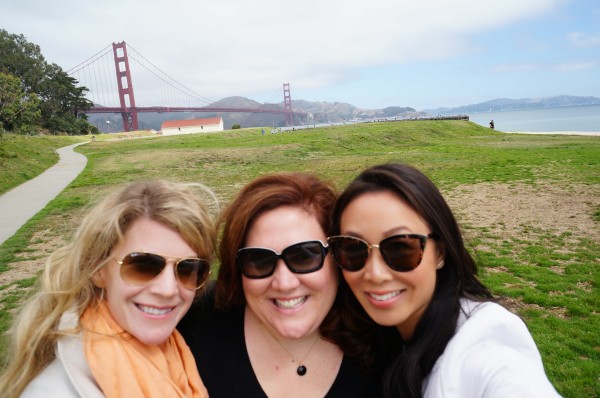 I hope you all have a great weekend and I hope this makes you want to grab a girlfriend or two, or five and head out of town or schedule even a dinner to make some fantastic memories together. I am thankful for all my different groups of friends that make me who I am today, life would never be the same without them!

Have you been to San Francisco? What are your favorite parts of town to explore?

There are 2 comments on CLUB MED in San Francisco – Nob Hill.