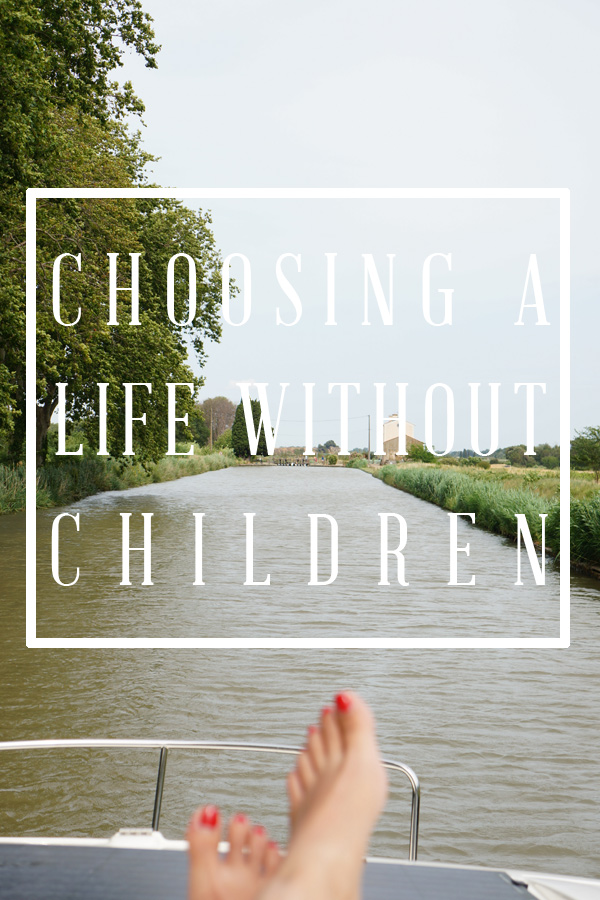 Somewhere along the Canal du Midi in France

I have a confession to make.  I am one of the few girls while growing up, never, ever said, “When I grow up, I want to be a mom.”  I thought that phrase was kinda strange, something universal that would just happen like, “I just want to get married,” or “I will die one day.”  It was just something that you would do, but didn’t need to profess as a life goal.

I was a pretty crazy ambitious teen growing up – lots of those good positions for the college resume, leadership positions, activities, yearbook page number reference by my name, you know.  My priority was having an awesome career, then settle down (but not until I was 29 because I wanted my 20’s to myself to have fun, explore and have an awesome career), and children I guess when they would come because that’s the grown up thing you just had to do.

The older I became I began to realize just how hard it is to select your spouse (and yes girls, you get to choose back so make a good decision!), and now that life is cushy and enjoyable with a great career, nice home, my Mr. Wonderful, and two bunnies, and a baby shower invite almost every other month for the past five years, I’m asking myself, So, do we have to do the next thing everyone else is doing?

I have more complications that I’ve known about since I was 15, maybe one day I’ll feel like writing a post on it but the meanwhile, it’s not something we can’t overcome, and that still wouldn’t prevent us from still wanting to start a family by various methods.  So money isn’t the issue, the desire is the issue.  I can’t help but admit at times I feel like I’d be a bad human for not being a mom – is it normal and OK to not have that desire?

Then I came across this video.  If you can’t see it, click here.

I’m convinced because Mr. Wonderful and I don’t have children that we’re able to love on others more right now.  I LOVE being Auntie!  Our friends were visiting and they noticed Benjamin answered a question so patiently and thoroughly – laughing at their response they typically give.  Since we aren’t asked 50 billion questions every day and it’s pretty quiet around here, I guess that helps.

I had a friend I met up with and she said, “Aren’t you afraid of being an old mom?”  Um, news flash, as another friend said to me, “You’ll always be old to your kids.”  People worry about the strangest things, don’t they?

Of course this post isn’t an announcement written in blood as we are still young, but official to declare, I’m perfectly fine where we are in life and to not have that desire to have a family.  I guess I’m starting to understand that when those little girls were saying, “I just want to be a mom,” is the same as me saying, “I just want to travel the world.”  It’s a desire of your heart and priorities and everyone can have different priorities in life and that’s more than OK because you wake up every day living your own life.  But, if God changes my heart, it’ll be very apparent, so I just hang out and do other things I feel like the Lord is calling me to do, and be.

Anyone else out there who doesn’t know if they want children?  Have you ever thought you wanted something only to change your mind?  Or what about the other typical life stuff – like owning a home, getting married, the things that most people do that seems “normal”?  What are your thoughts on societal pressures?

There are 12 comments on Choosing a life without Kids.