Let us remember these good old days when Liberty and London lived in the same house together and were best buddies. 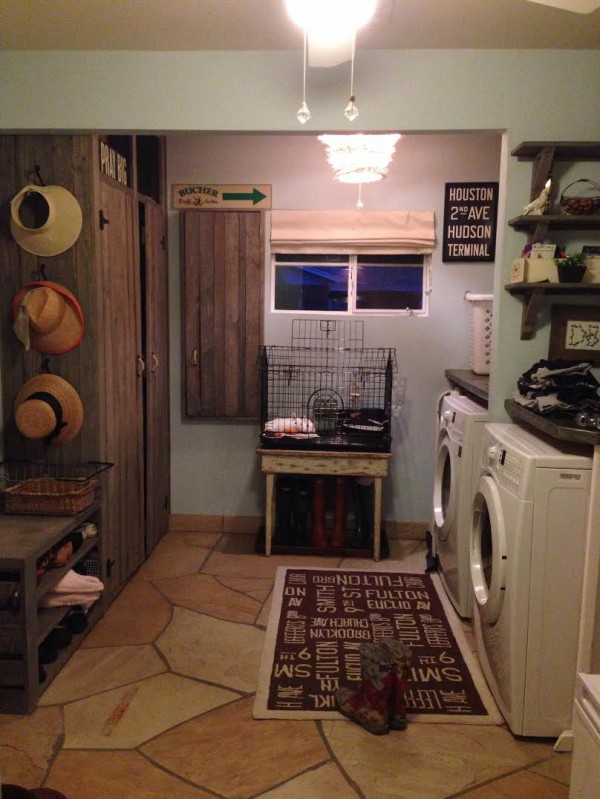 Because guess what? I now have a rabbit living in my dining room.  MY DINING ROOM!  Here is Liberty.  Also note the way the brass pen curves around my Pottery Barn rug that she already stuck her head through and chewed fraying it like crazy. 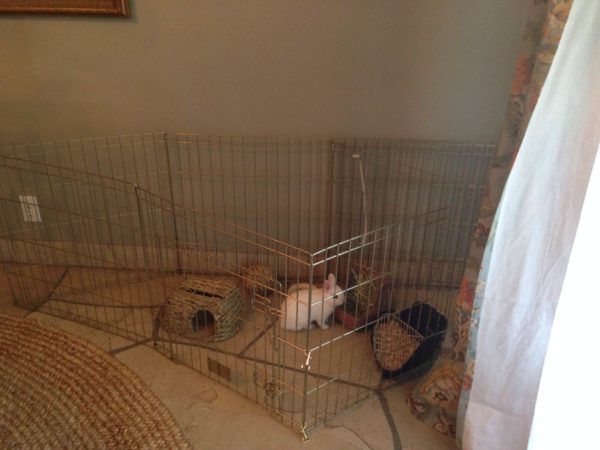 And here is London by herself, massive thing without the dwarf gene she is so much larger and heavier. 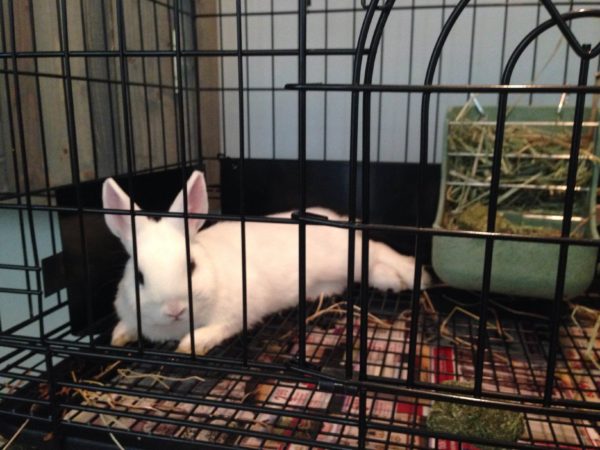 So what happened?  Didn’t we get sister bunnies so they would get along and live happily ever after?  Oh yes we did.  Then London who I loved so much, and who used to lick me and love on me, we thought she was the calm one – then she flipped a switch.  She became cage territorial.  She would run back and forth frantically as though I used to beat her every night which then caused Liberty (the small one) to run from corner to corner being scooted out.

Liberty got the pen, London got her cage.  They get along, but the cage was getting too small for them both.

Then get this – Liberty who we thought was weird, she’s calm.  She’s potty trained, we let her run around the house and she is pretty good.  She gets out because she’s trustworthy.  Last time I let London out she peed to mark her territory and well, in this barefoot home we won’t do any of that nonsense around here! 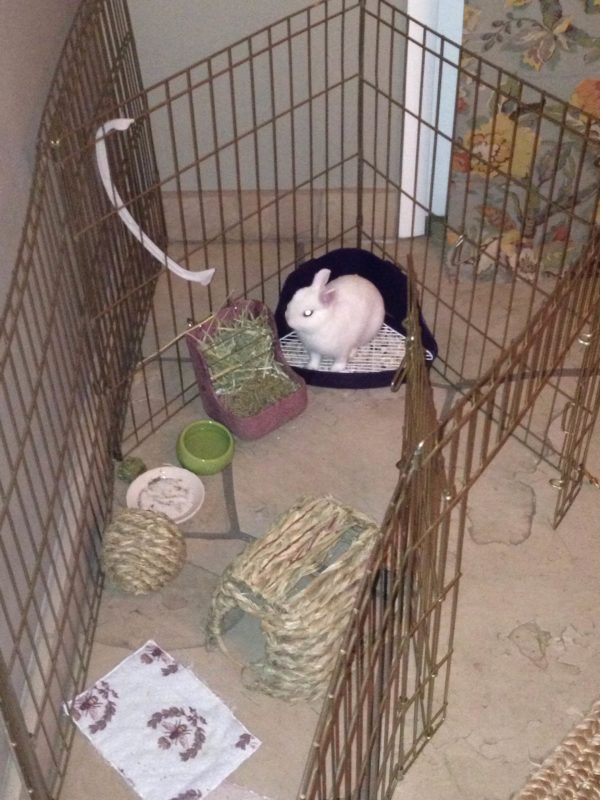 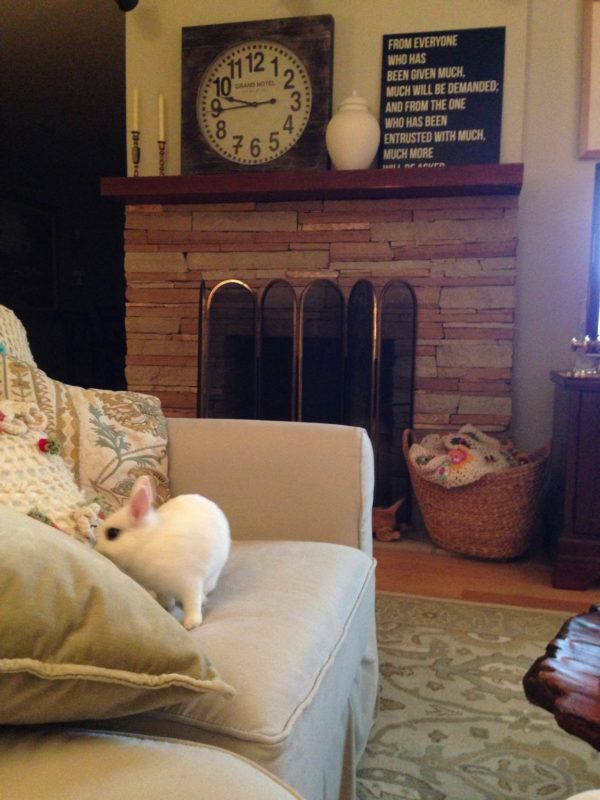 Look at her looking all innocent.  She’s laying there but she’s licking my PB rug and she’s going to take a bite out of it in t-minus 10 seconds. 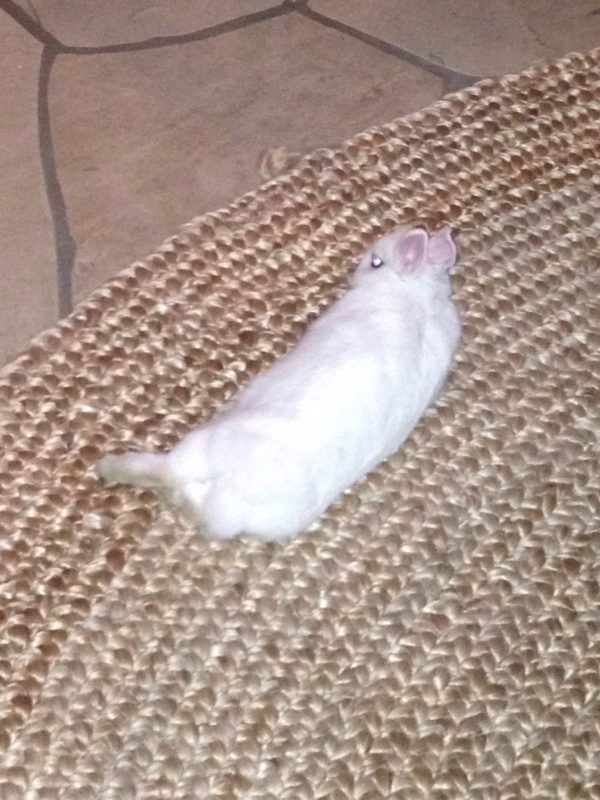 Our solution is to kick London out.  Just kidding.  We’re now looking for bunny condos to house them both inside but Liberty will get the bottom one so she can run in and out when we choose to let her.  I won’t bore you non rabbit owners with bunny condos so I’ll save that for The Heirloom Home.

Every day they get their run in the outside area and they love it, but we need to bring them inside for night time.  They aren’t happy with us when we chase them around to get them but it’s for their own good.

Anyway, that’s our bun update.  Females, they can get so crabby, sheesh.

Diana Elizabeth sometimes laughs and says to Mr. Wonderful, “I can’t believe you let me get bunnies.”  He must love her a lot.