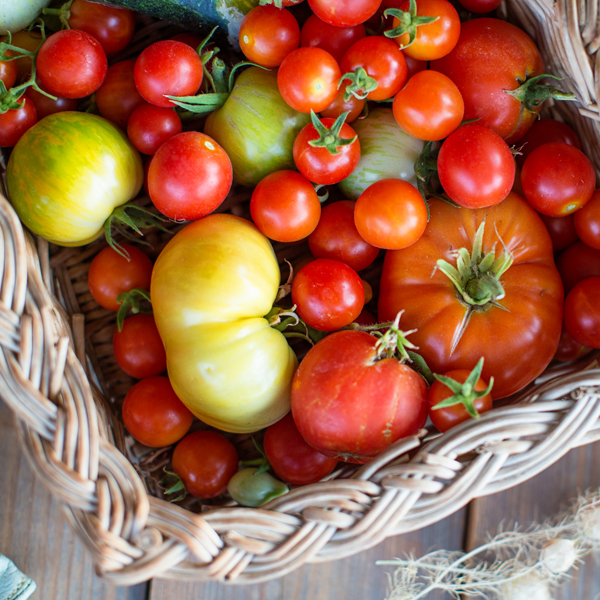 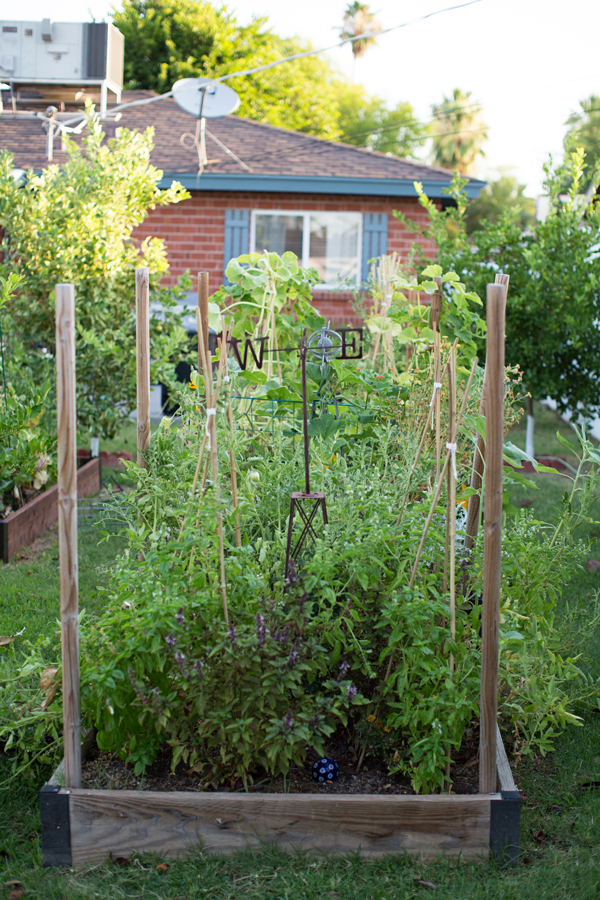 After neglecting my garden for days then heading out of town for 10, I knew I’d come home to a mess. When you buy a gardening magazine to read during your return flight, all it does is give you anxiety the entire flight home!

So when you have a little garden in Phoenix, you don’t exactly want to spend much time outside tending to it during the summer, it can be quite dangerous being in the extreme heat. So with only 4.5 hours of sleep, I woke up at 5 am and decided then was a better time than any to get working on the garden. 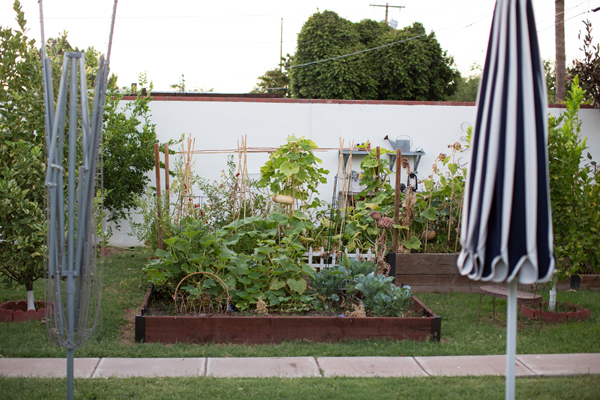 This is pretty accurate on the lighting – hazy, sun was still low. Temperature was around 80 degrees, and happy to report – no bug bites! 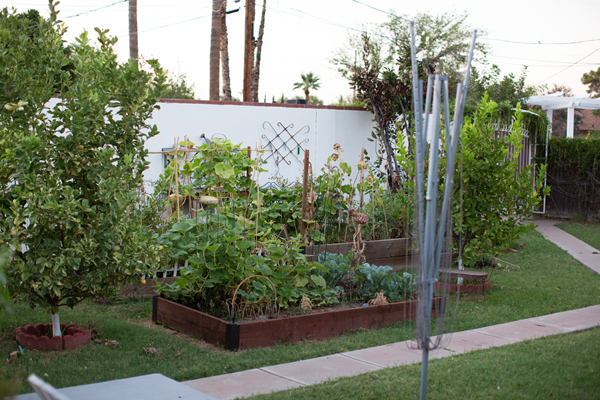 My garden is crazy over grown. Tomato plants are turning into bushes, basil is blossoming (not good), cucumber and squash vines are taking over my other beds and things are dying – not because of neglect but because they are done with the heat (and so am I). 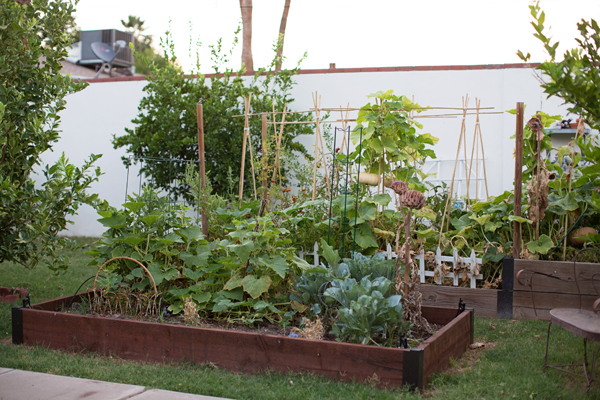 So as I started clipping and tossing vines into the wheel barrow, while going along collecting any ripened fruit. These guys got lucky they didn’t get pecked away by the birds. I also bought a fake owl with a head that moves with the breeze which disappointingly does not work, but I was told I needed to move it every few days and well, that hasn’t happened. 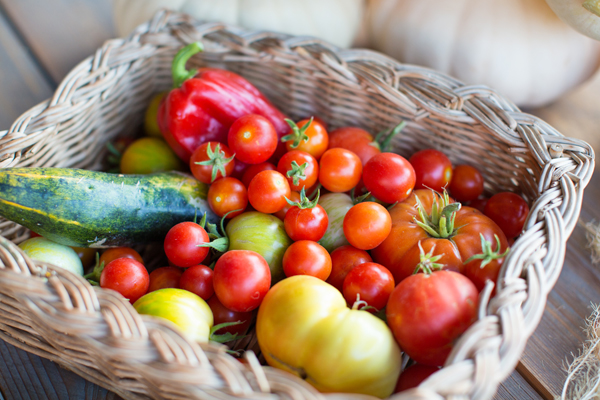 I love buying baskets at yard sales. I think I paid .25 cents for this braided basket along with a few others you’ve probably seen on the blog.

I know, it looks like I grew pumpkins, they are in fact squash started from seed (thanks Mayne!)

I also miraculously grew a single zucchini. He was growing straight into the ground so I hid the bad part but I’m pretty amazed one developed this season as I was completely unsuccessful last summer. 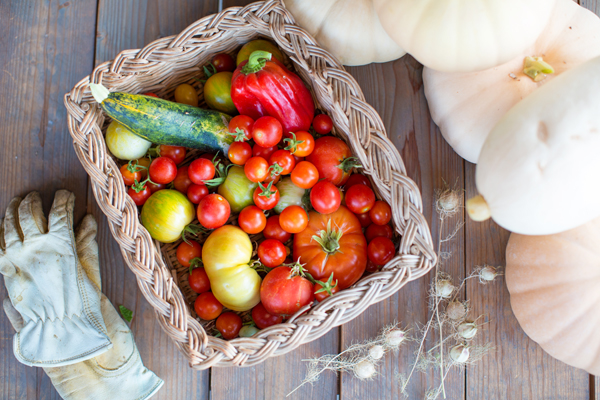 The flowers have gone to seed, and I’ve been collecting and drying seeds for next season. These are Love-in-a-Mist flowers, I never got to show you what they looked like sprouted but I now know to plant them a little earlier it the season to enjoy them. Flowers take a long time to germinate! 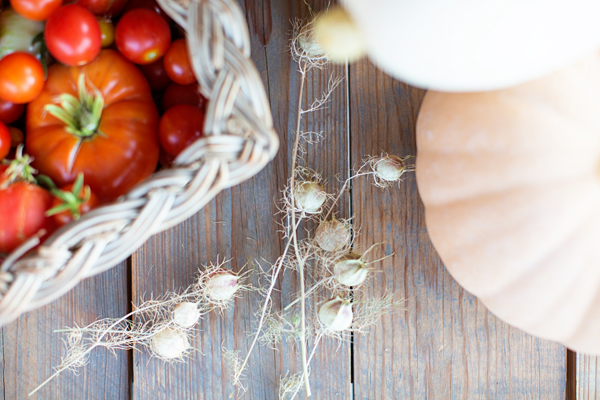 The sun started to come up so I ran off – but not before taking this photo – which doesn’t show much improvement but a full blue wheel barrow to your left. I’ll have to continue another morning, there’s quite a bit of work.

I’ve also learned I need to train my tomatoes from the get-go because now it’s a bit overwhelming. 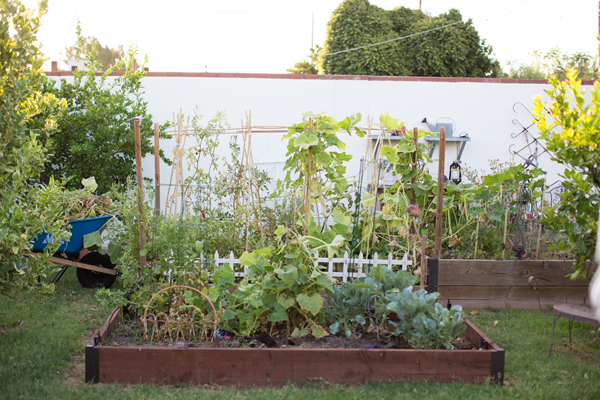 I still have quite a mess to clean – the zebra tomatoes are looking pretty pathetic right now. Womp womp. 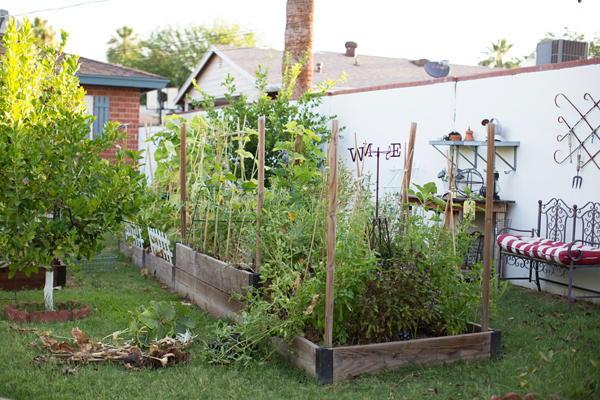 But oh, look at these veggies, I mean fruits… tomato is a fruit… 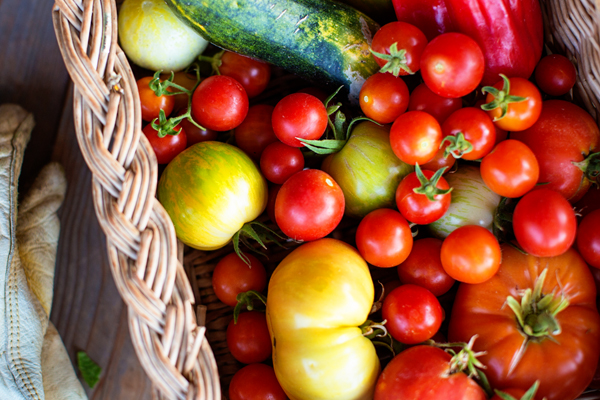 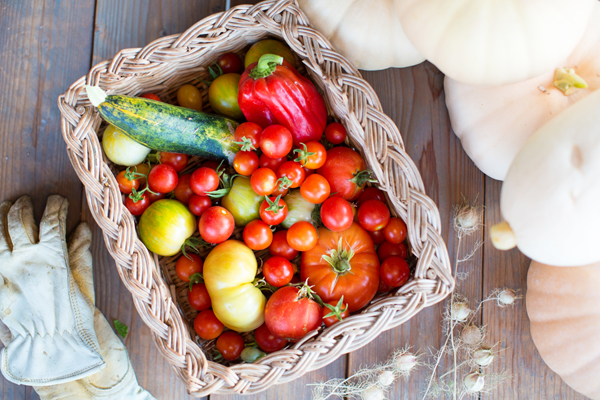 And now it’s time to find some recipes!

There are 2 comments on 5 AM Early Bird Gardening.