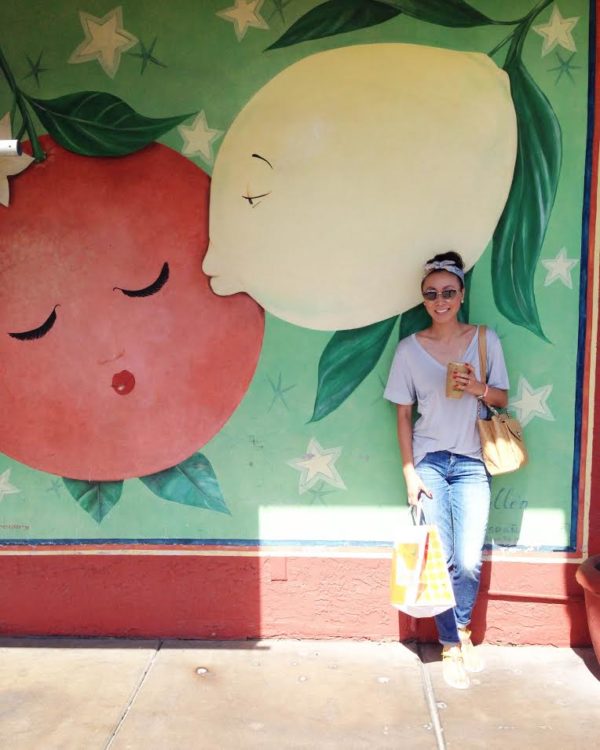 Jackie, my best friend from college came out for her college roommate’s wedding, and I was so happy we got to spend a few days together.  It’s been such a long time, a year to be exact since the women’s retreat, but she moved from LA to SF leaving her long legacy of working in the television industry to work for the best NFL team in the entire world, so it’s understandable she’s been busy.

She needed to buy a dress for the wedding, which is so Jackie.  Not in a bad way, but in the, I really need an opinion so I’ll just wait until I get into town so someone can come with me.  It’s a good thing I live right by the mall, and I enjoy shopping, and I have loads of shopping patience.

And while she tried on her 27th dress, I just decided to show off my new 7 for all Mankind floral denim.  Size up if you get it, it’s not really a denim material. 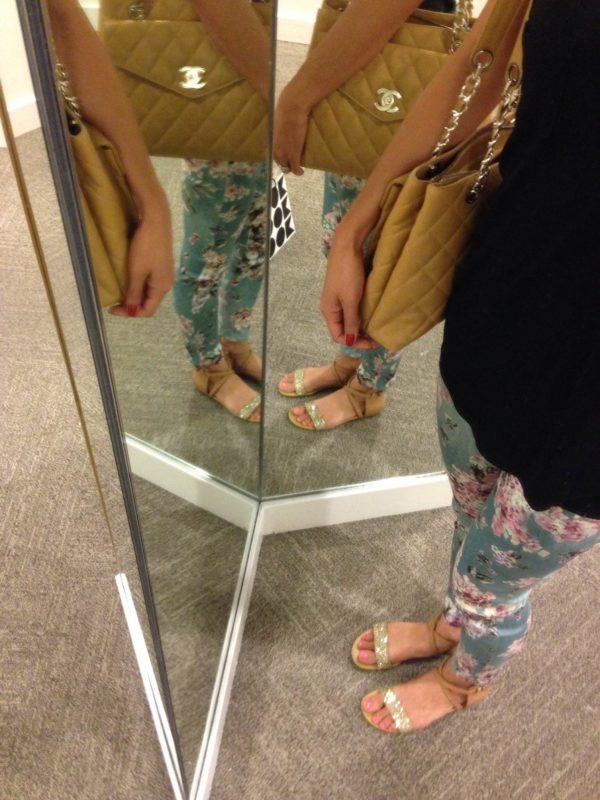 Tank: Alexander Wang (size down) / Shoes: Cole Haan (no longer available, another option, and these) / Denim: 7 For All Mankind

Of course by the time decisions were made I was starving!

So we headed to True Food Kitchen.  I love their seasonal drink, it’s currently the grapefruit soda which has grapefruit, simple syrup, cinnamon, soda water and vanilla bean. 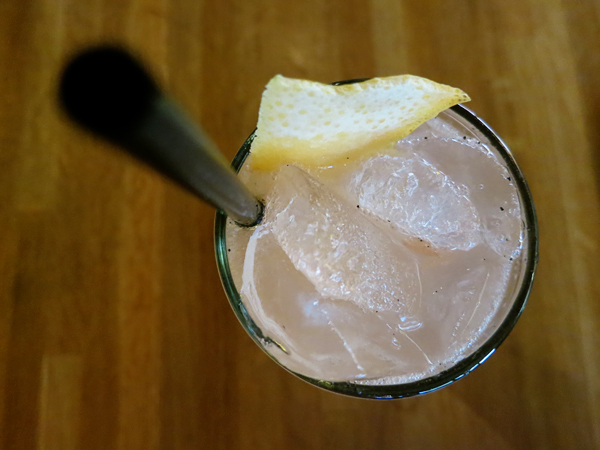 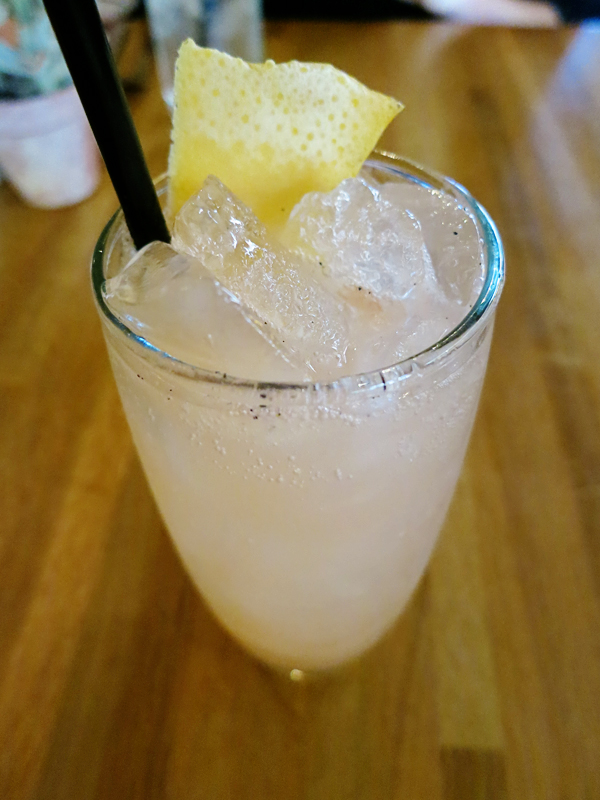 I need to learn how to make my own. I mean, I have access to grapefruit and all. 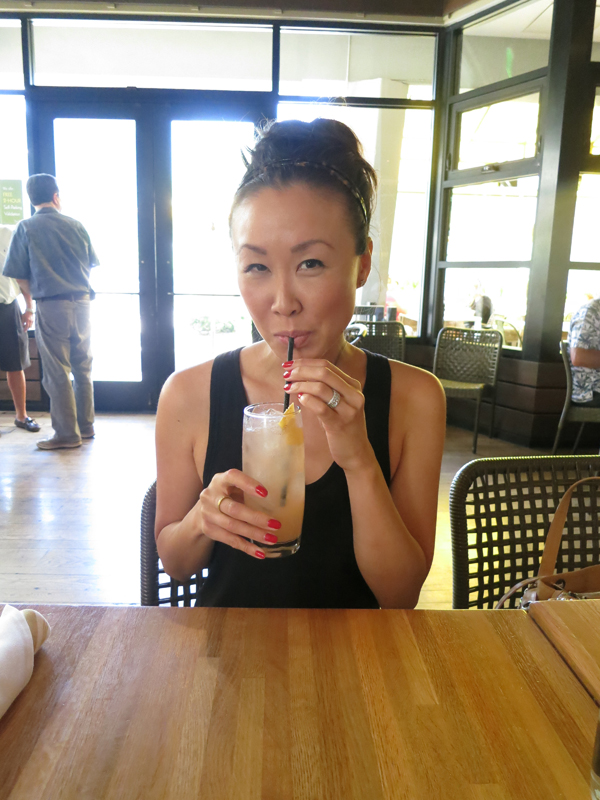 Jackie decided to order a Juby True “Reset Button” drink.  It has apple, celery, lemon, jalapeño and water.  Yes, jalapeño.  You know me I can’t handle spice, but Jackie was a crazy big fan.  I bet Mr. Wonderful would have like it too. 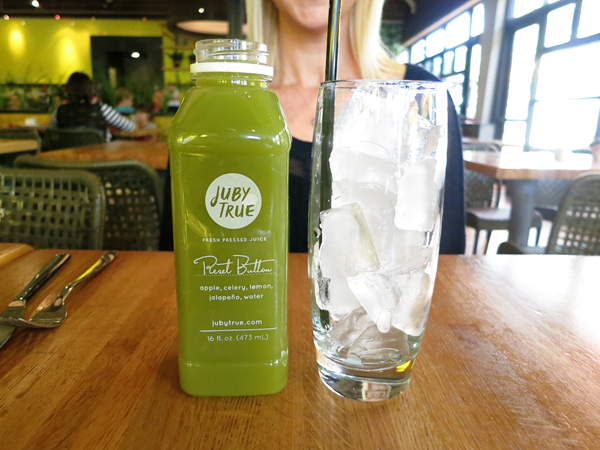 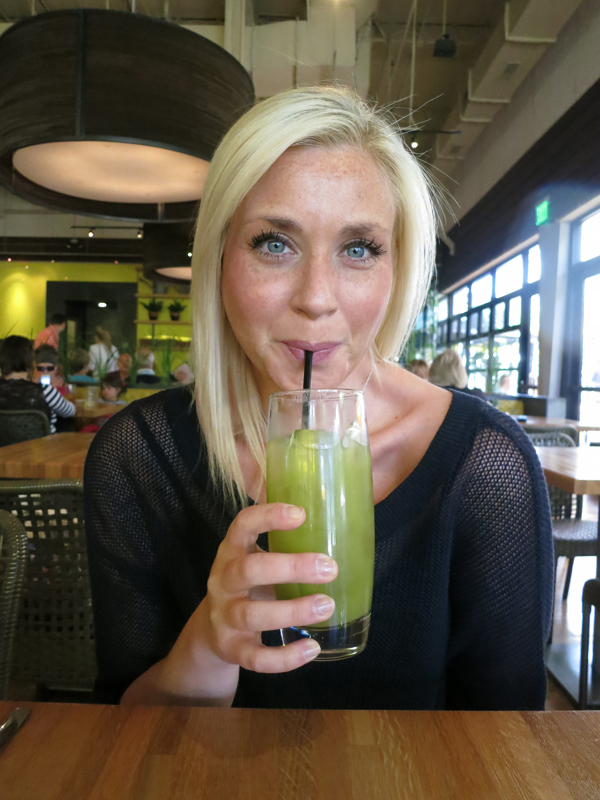 Her eyelashes are real.  Ugh, I know.

Anyway, True Food changes the farmers market salad depending on the season.  I was expecting the old one I had last month, but this was delicious.  You can order half salads, too. 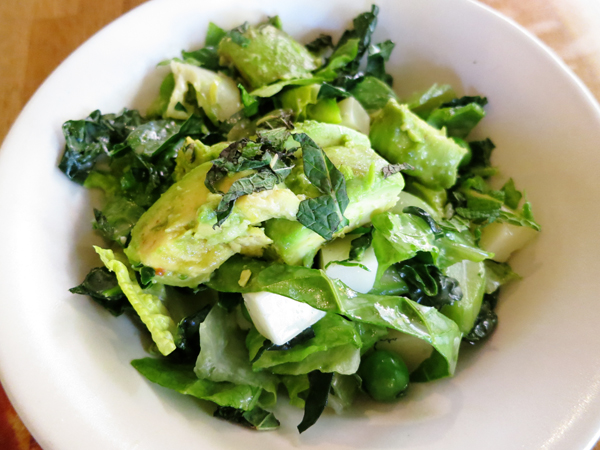 Then came my margharita pizza. 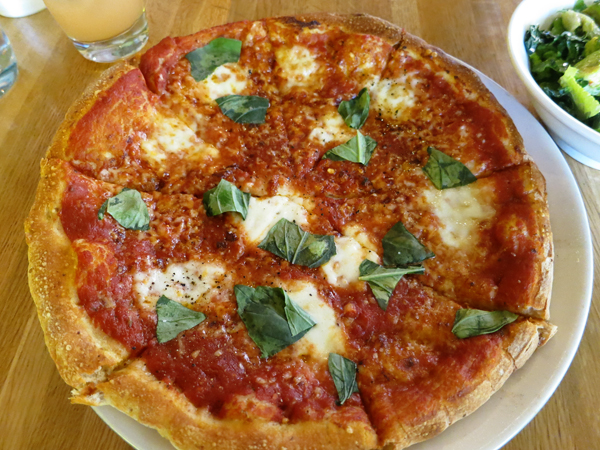 Parmesan shredded cheese came in a bowl.  Jackie and I had a good laugh because it wasn’t shaker style like typical restaurants.  Why of course it was freshly shredded! 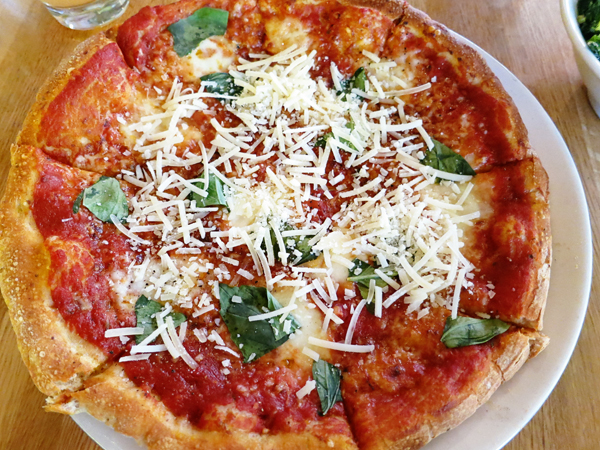 Jackie wanted a salad which was why we chose True Food, but she later changed her mind to the chicken teriyaki brown rice bowl.  It was really yummy, I had a bite! 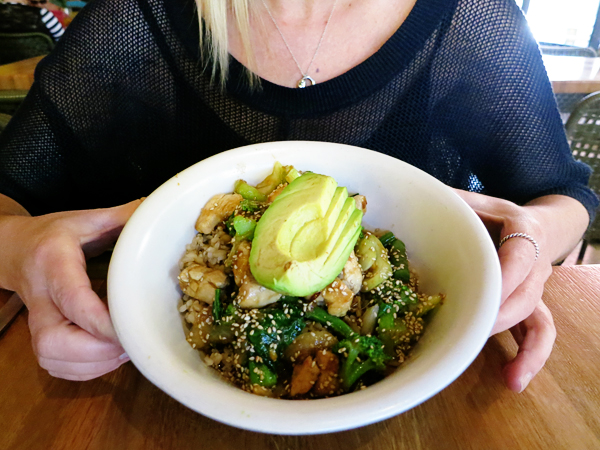 The night she was at rehearsal dinner, we almost acquired a new pet.  I saw movement in our living room and I grabbed the microwave plastic cover and immediately got this guy.  We scooted him across the wood floor and opened up the front door so he could go outside. He didn’t seem scared at all.  I think lizards are the cutest things ever. 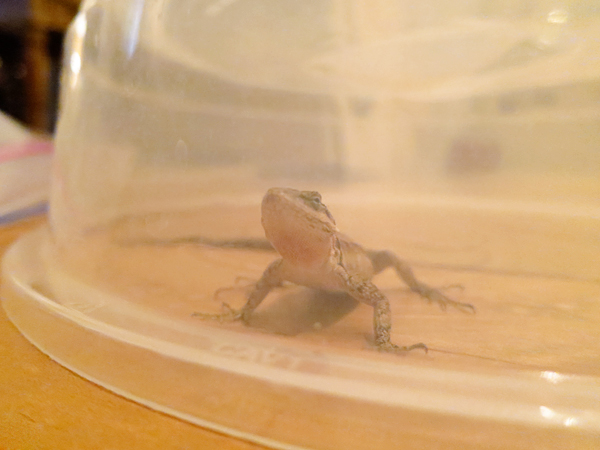 Before Jackie came out she mentioned she wanted to go to LGO because she was craving birch museli.  I have my own version of it I’ll have to share sometime the next time I make it.  So Sunday morning we set our alarm to get ready to go.  She bought two, to save one for the next morning.  These were the last ones, we were there by 9:30 and it was already crazy busy on a Sunday morning. 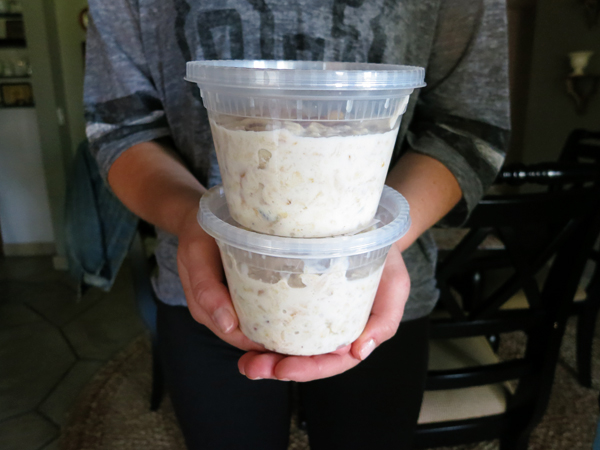 Brought it back home and enjoyed it on the patio.  I tried something different and learned how to correctly say “quinoa”.  Keen-wah.  I won’t even tell you how I used to say it. Let’s say I never learned phonetics. 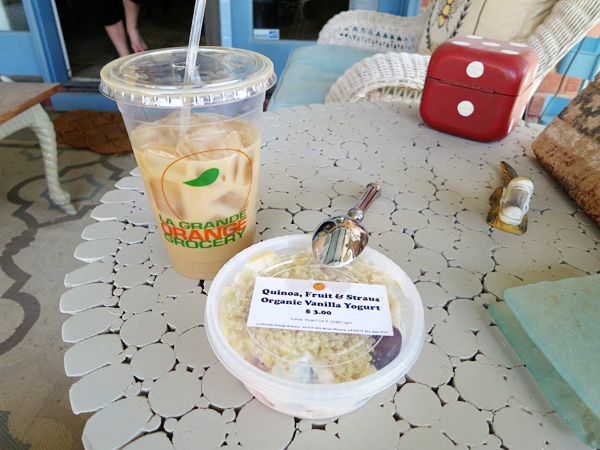 A hummingbird decided to join us for brunch. 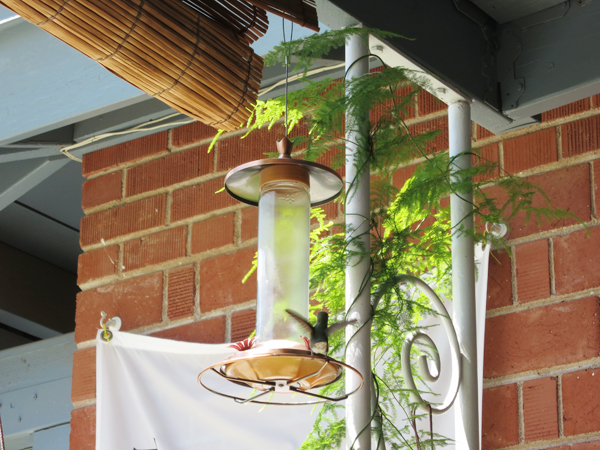 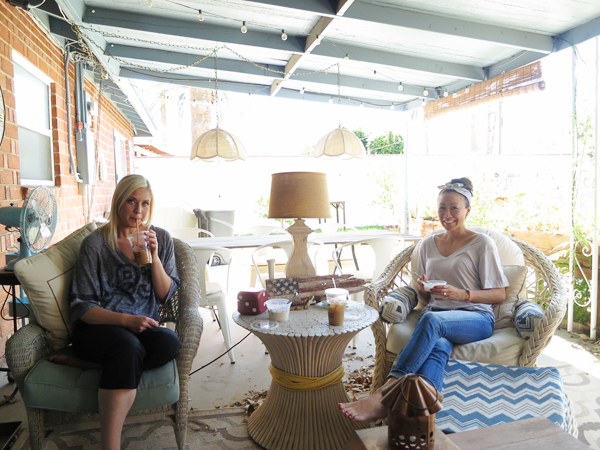 Then we watched the last two movies of Twilight, she waited a year to see the rest with me – since I’m Twilight’s biggest fan and I own all the movies.  I’m always game for an Edward and Bella wedding.  Makes me sad Kristen and Robert aren’t together in real life, the only way a little bit of Twilight could stay alive in real life. 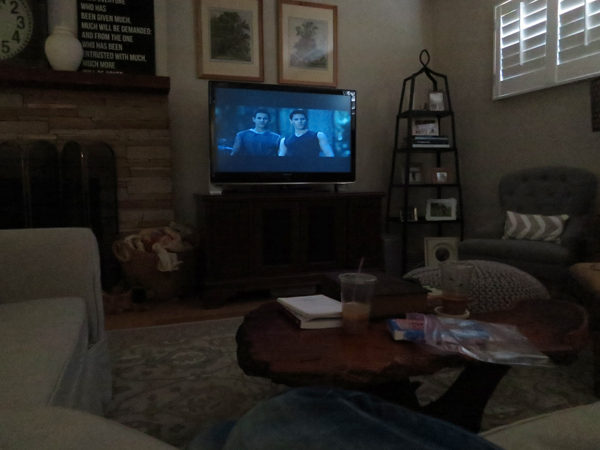 I showed off the little domestic skills I have and made a Kale and Quinoa salad for lunch.   Recipe courtesy of my former spiritual mentor, Caroline.  You’ll see my little shortcut on chicken on a post later this month. 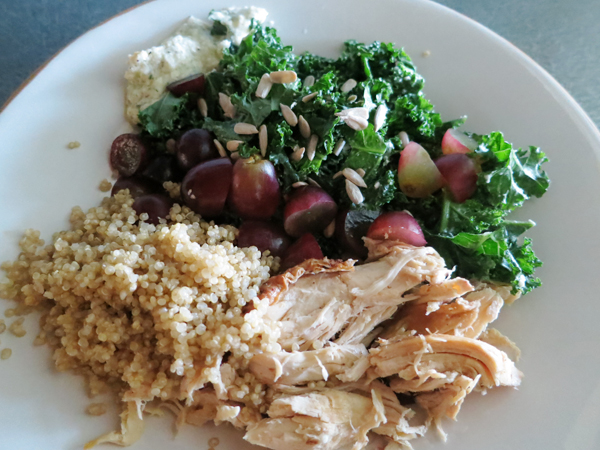 I have to say the Shula pocket Tee I’m wearing from Sosie is the most incredibly soft shirt I’ve ever owned.  As Jackie put it, “It feels like butter!”  I now want to buy one in every color.

Happy Monday, hope you all have a great start to your week!

Diana Elizabeth has a lot of handwash items but she thinks it’s worth it.